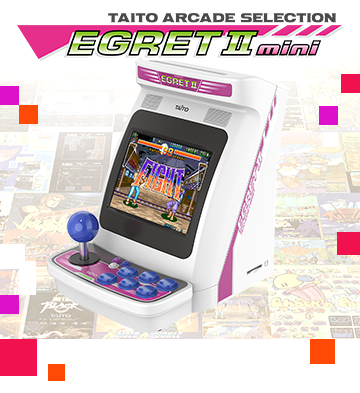 The EGRET II mini is coming to the West!

The Taito EGRET II was introduced in 1996 and was an instant hit.
Now, the EGRET II mini, a faithfully miniaturized, high-end home console version of this legendary arcade cabinet is bringing two decades of TAITO arcade history right to your living rooms!

“Sporting its own rotating screen, 40 pre-installed games, and solid controls, the Egret II Mini is comparable to some of the Best Arcade Cabinets currently available”  I  8/10- IGN

“Playing retro games on the Taito Egret II Mini feels very satisfying in that it stays true to the OG titles in every aspect”  I  Gold Award 4.5/5 – Pocketgamer

As an exclusive Western edition, the EGRET II mini – Limited Blue Edition comes with blue buttons and joystick, presenting an exclusive color scheme, limited to 5,000 units worldwide that are only sold by ININ Games and Strictly Limited Games, together with some special collectible items. Don’t miss out, make your pre-order now! 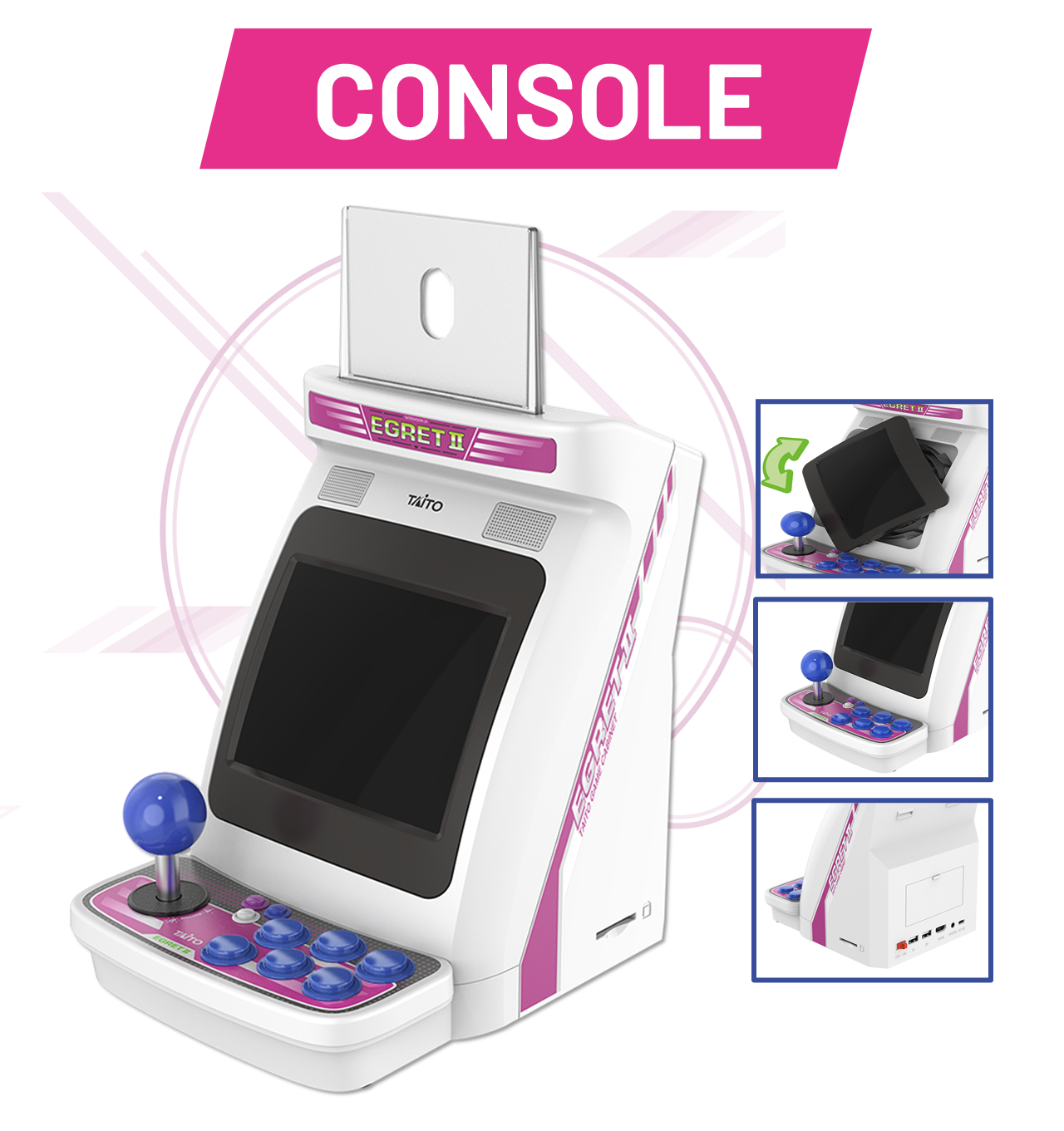 • A total of 40 pre-installed games, including arcade classics such as Space Invaders, Lunar Rescue, Bubble Bobble, Darius Gaiden and many more
• Special in-game features like: Save states, adjustable lives and rapid-fire
• 5-inch 4:3 rotating monitor (1024×768 resolution) for horizontal and vertical alignment and an optimal adaptation to the selected game
• 6-button arcade layout and joystick that is individually adjustable for each game – easily switch from 8 directions to 4 directions
• HDMI output to also play the games on TV
• SD card slot to add even more games
• Own integrated sound through stereo speakers
• Two USB Type-A controller ports for the additional, optional EGRET II mini controllers (that are sold separately) 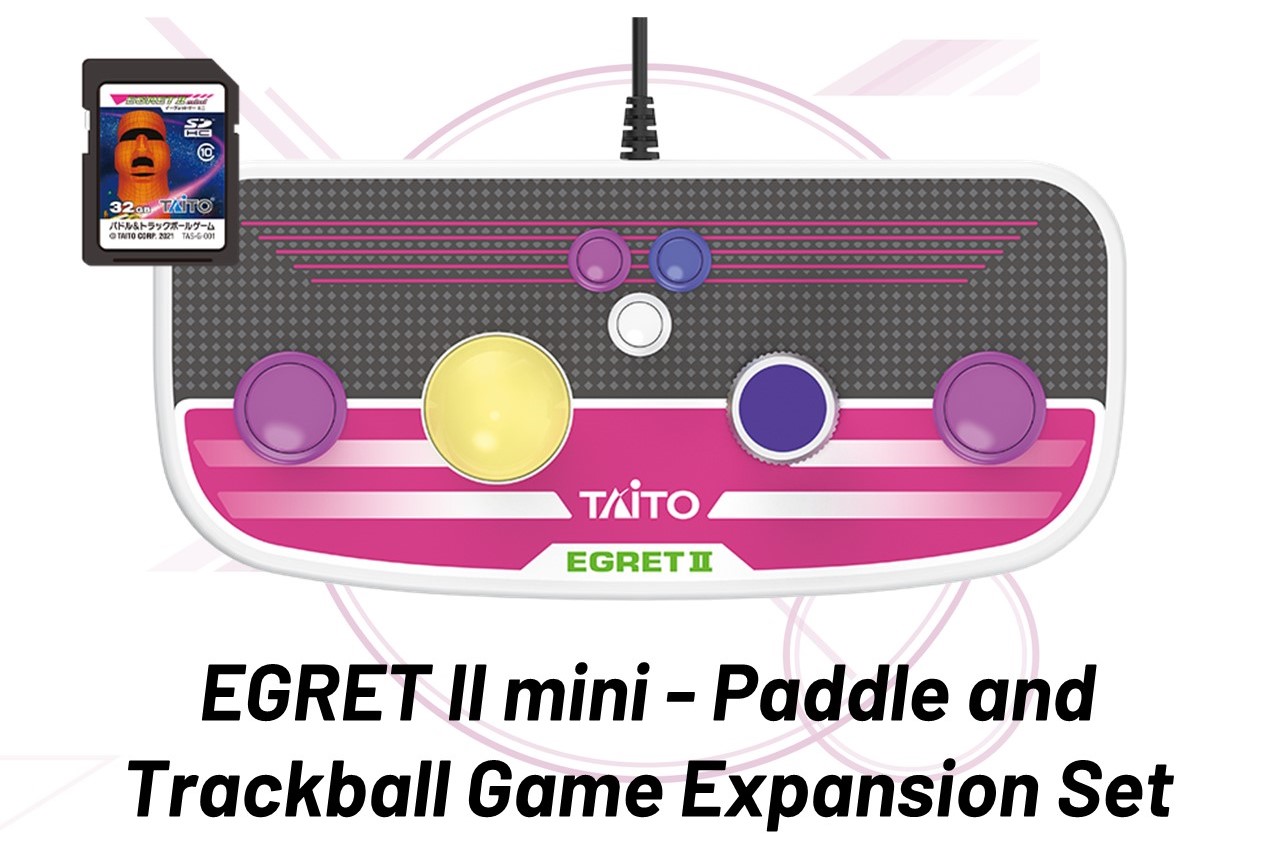 This optional, special controller for the EGRET II mini uses the classic arcade control methods and includes 10 additional titles that take advantage of this feature on an SD card!
(more info about the games below) 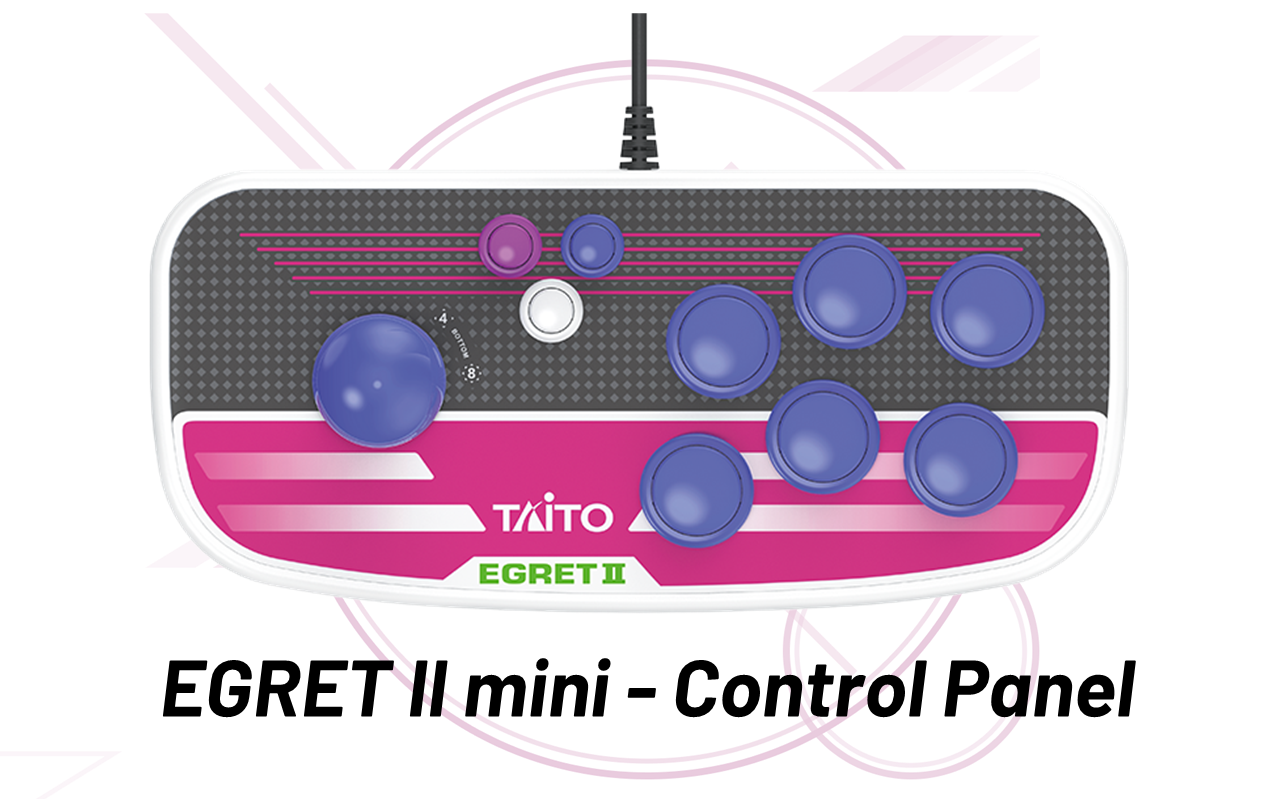 This optional, special controller for the EGRET II mini uses the same layout as the arcade itself, with 6 control buttons and a joystick that can be switched between 8 and 4-directions.
Allows for 2 player battle or co-op. 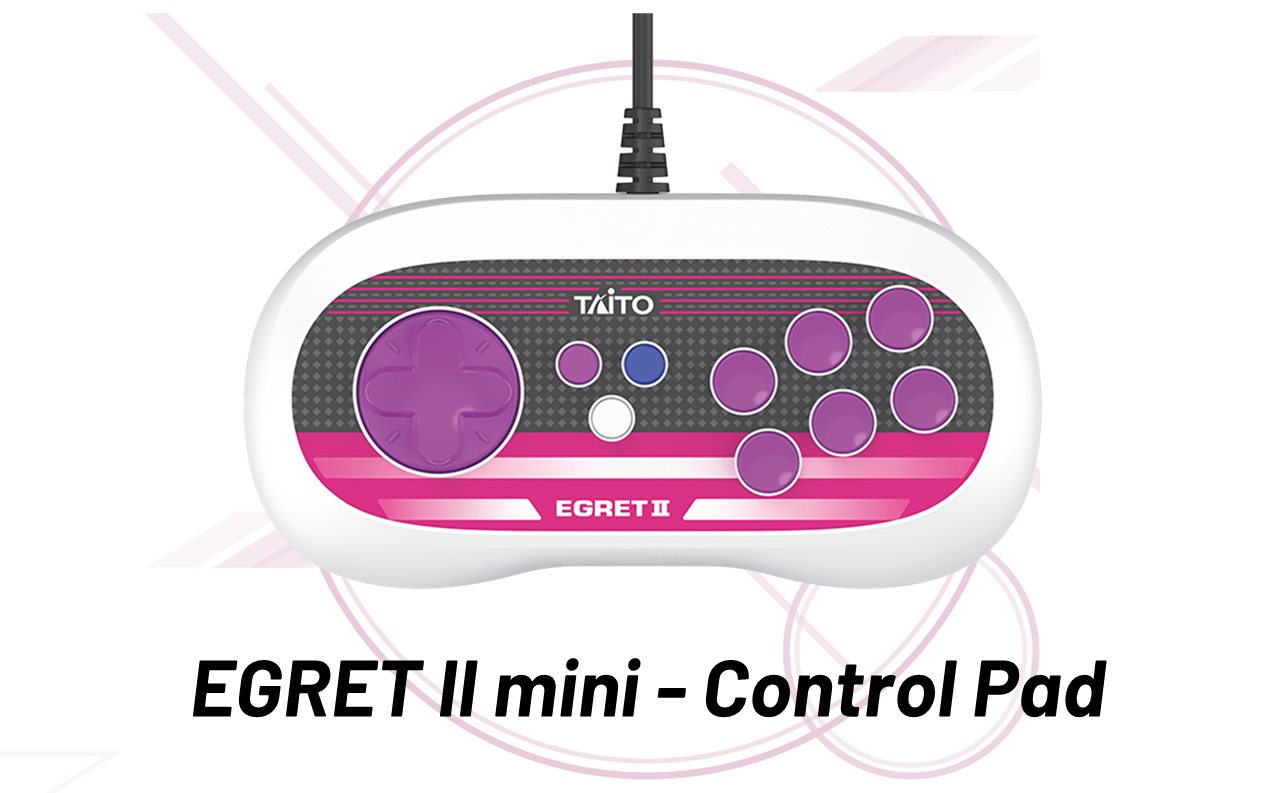 This optional, special controller for the EGRET II mini uses a more home console-oriented layout, for those players who are more used to playing with modern console controllers.
Allows for 2 player battle or co-op.

In addition to the 40 pre-installed games on the console, 10 additional games can be added through an SD card that’s included in the EGRET II mini – Paddle and Trackball Game Expansion Set.
This adds up to an incredible total of 50 games from various genres, from 1978 to 1997, that will be available with the launch of the EGRET II mini!

The EGRET II mini – Limited Blue Edition will only be available in a limited quantity of 5,000 units (split over 2,000 for ININ Games and 3,000 for Strictly Limited Games), so pre-order your faithfully miniaturized high-end home console now, via our partner’s website Gamesrocket: 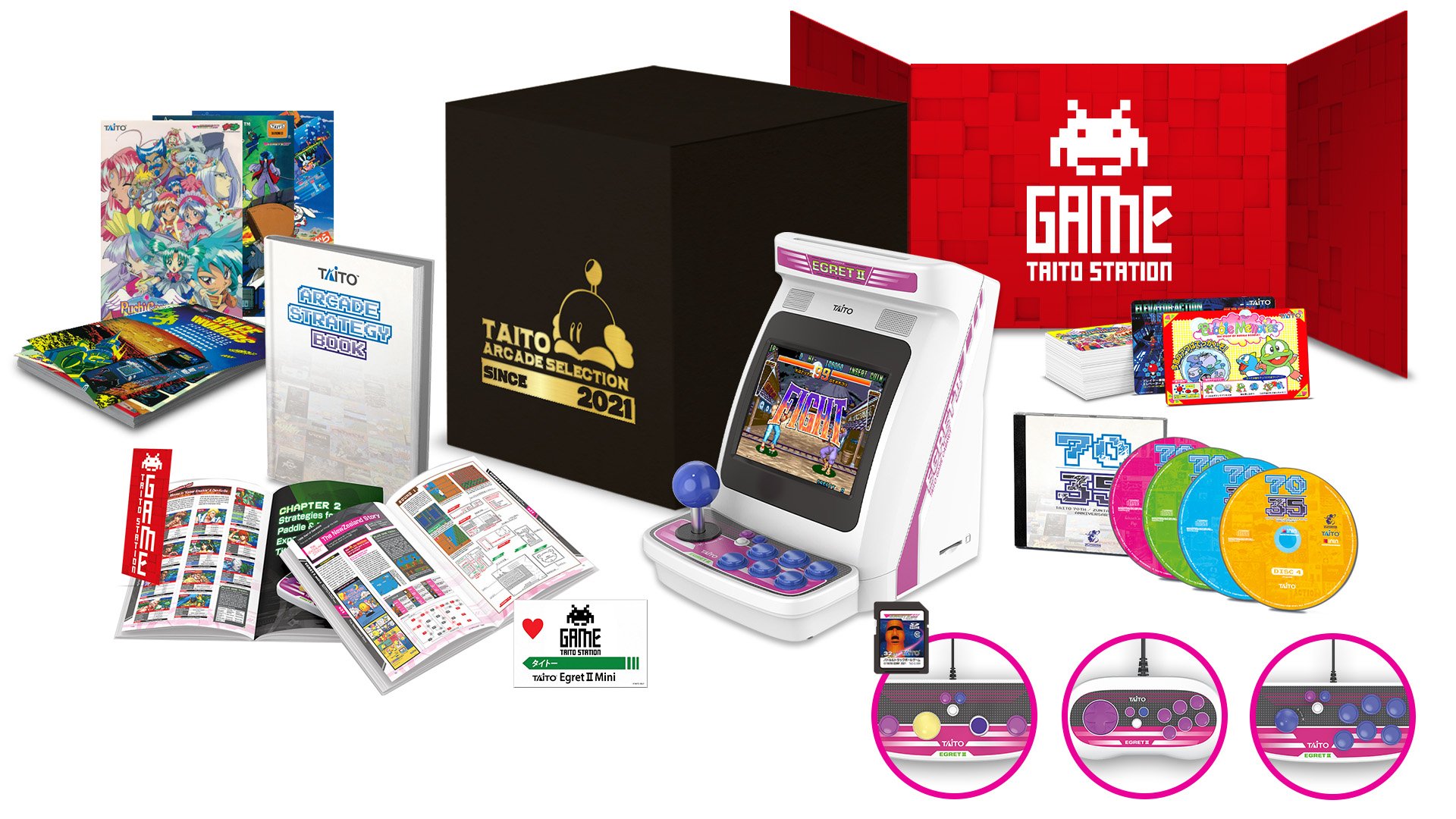 We expect the EGRET II mini to start shipping in June 2022. 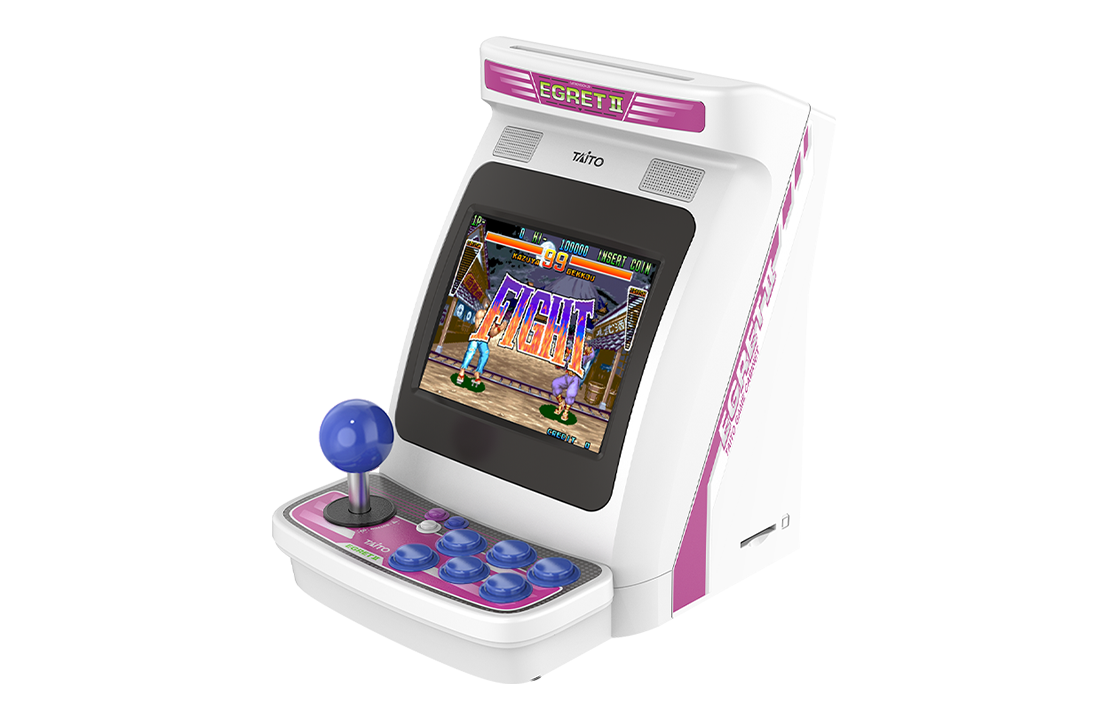 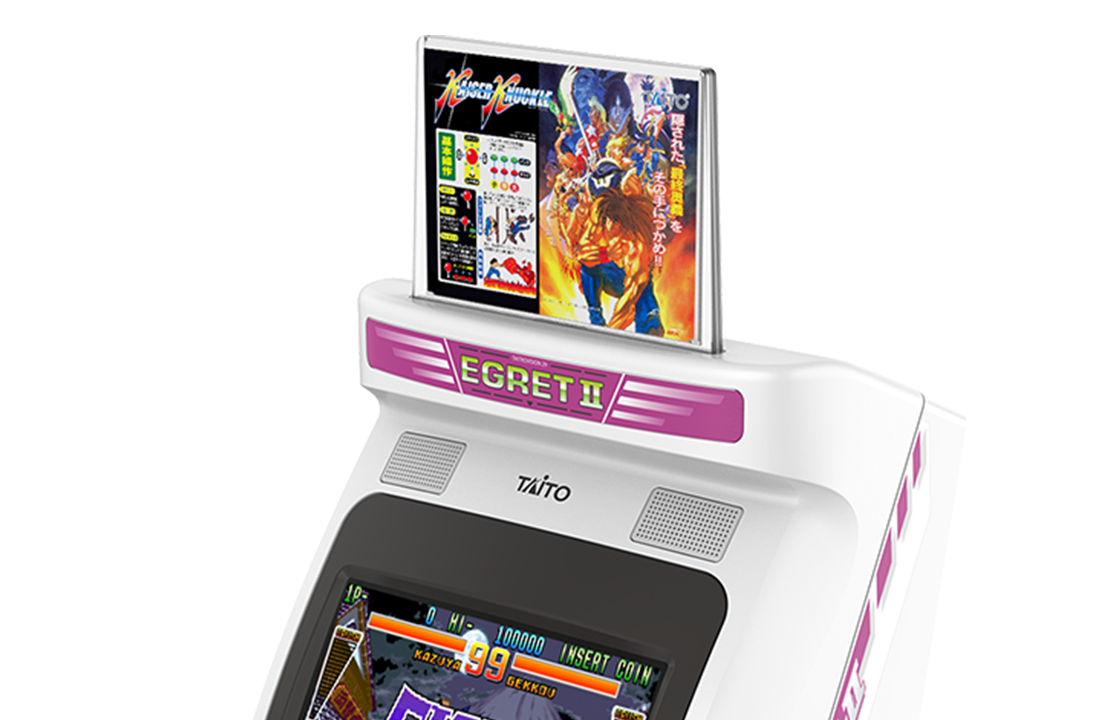 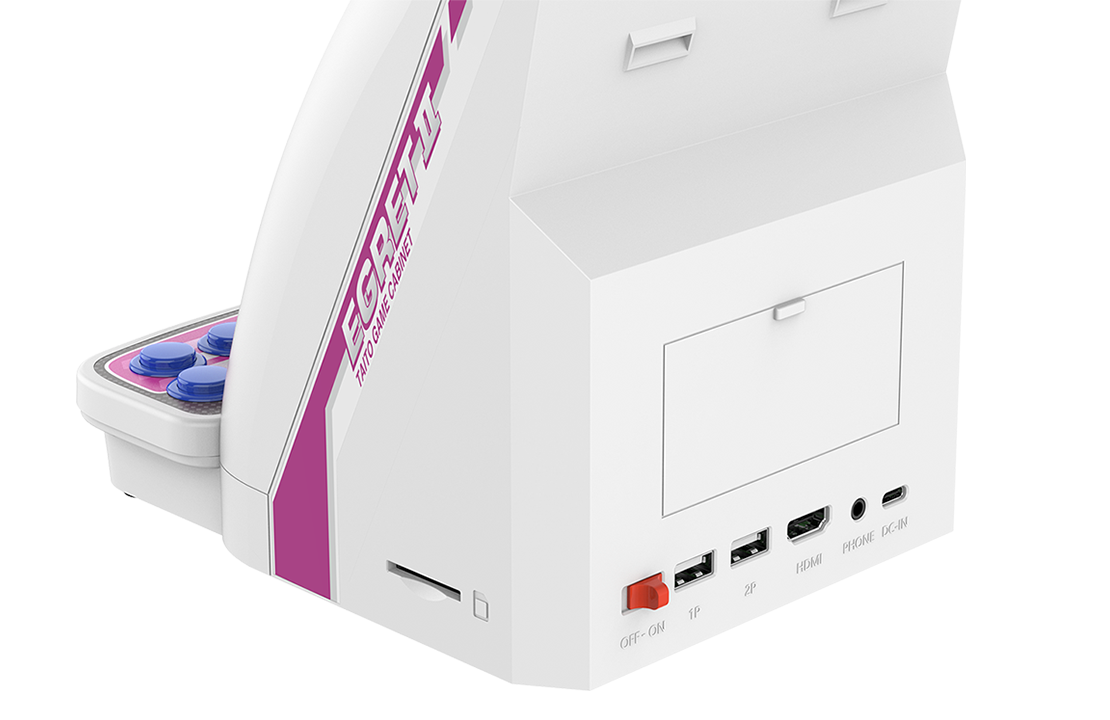 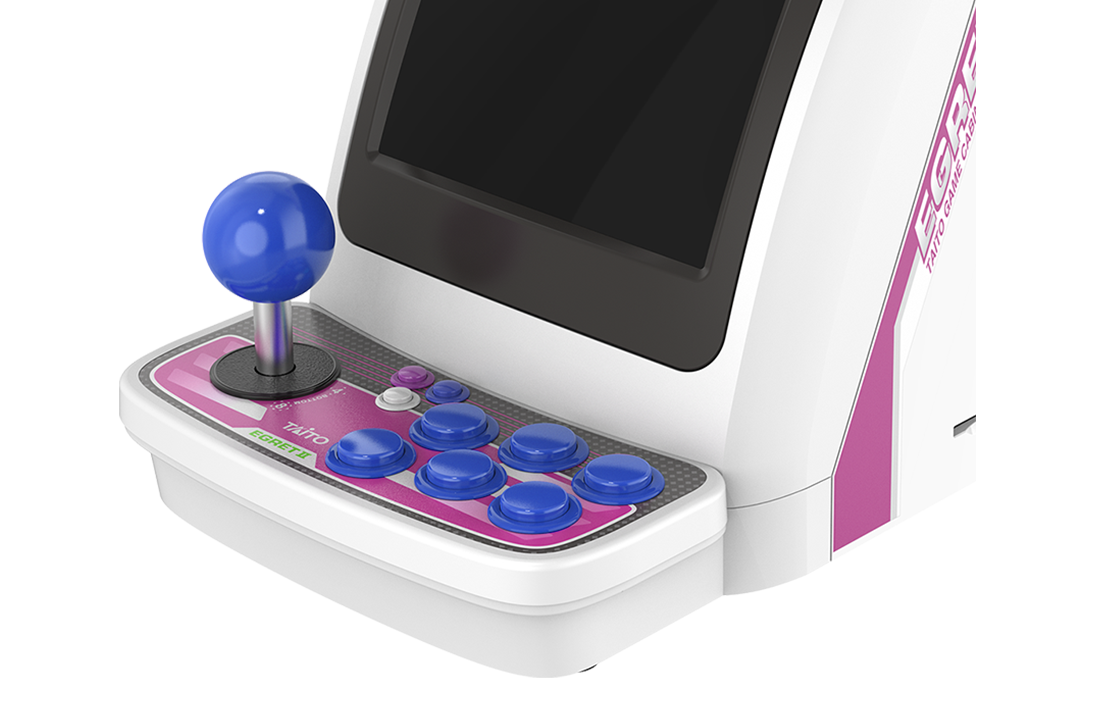 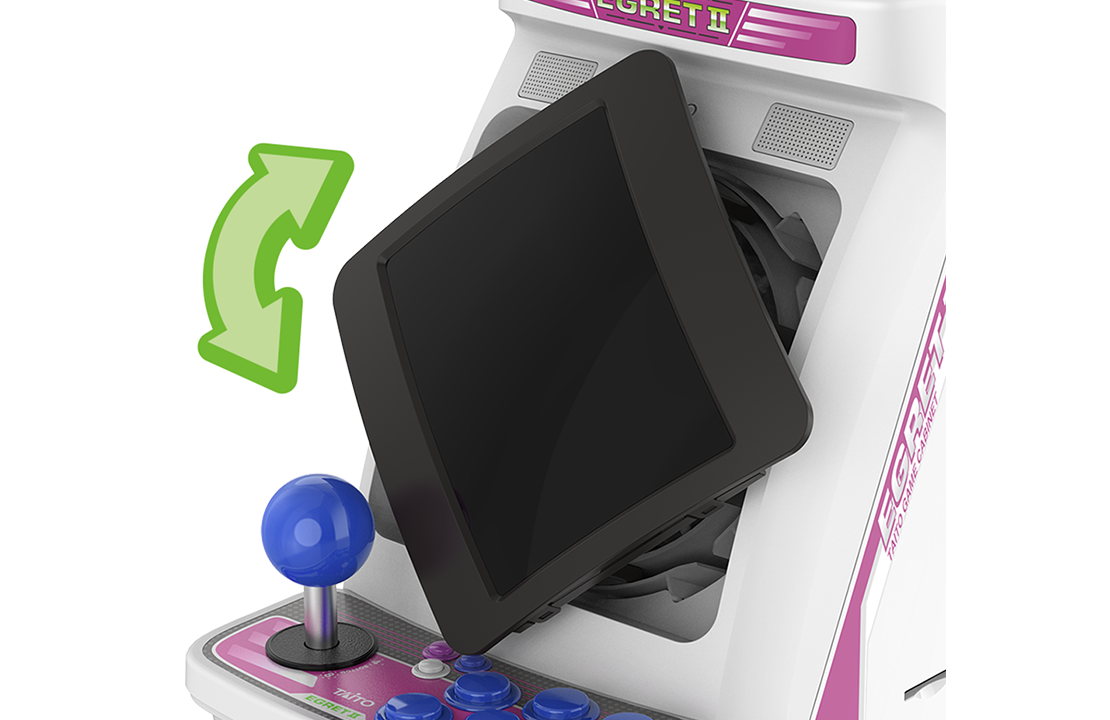 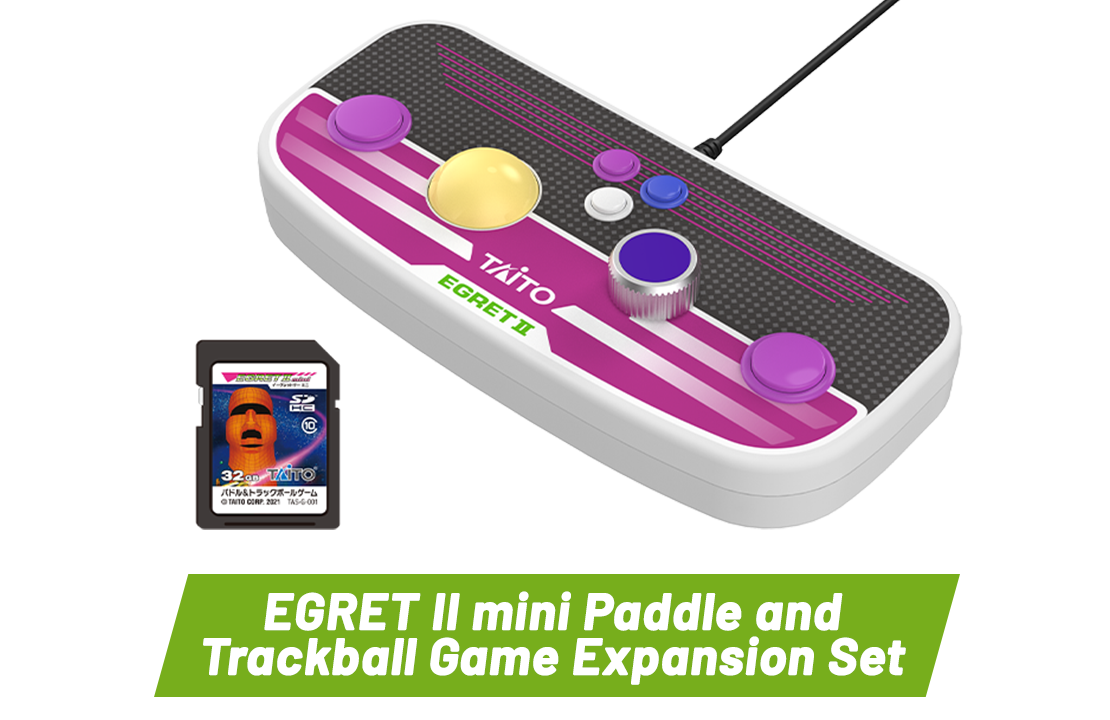 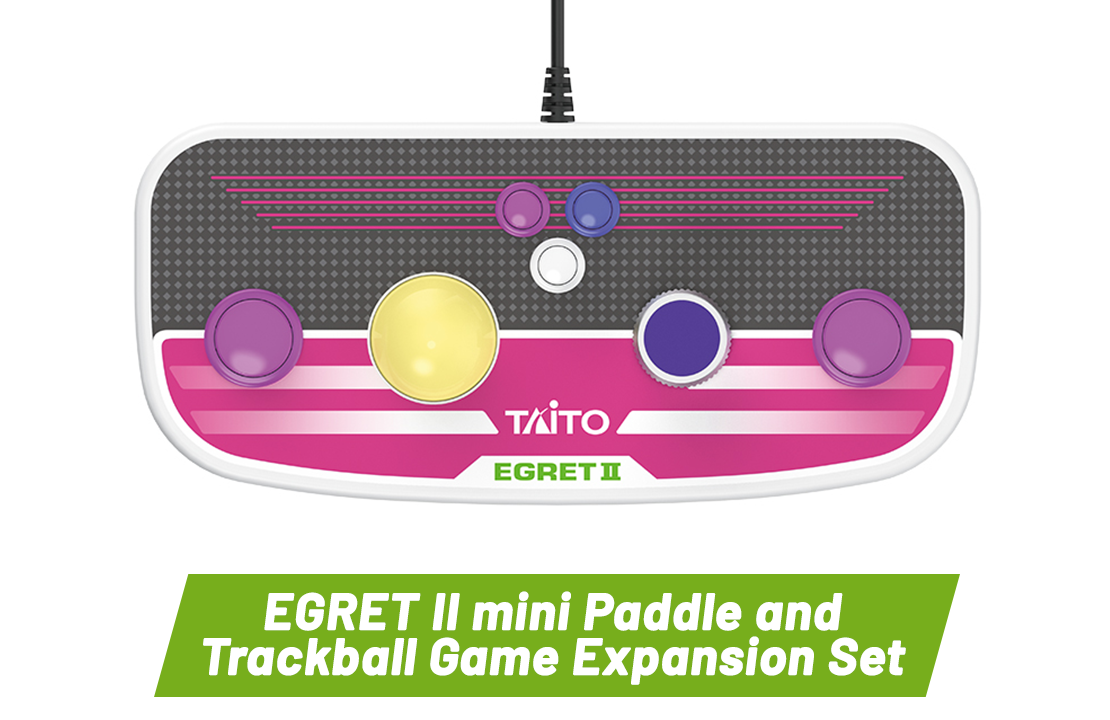 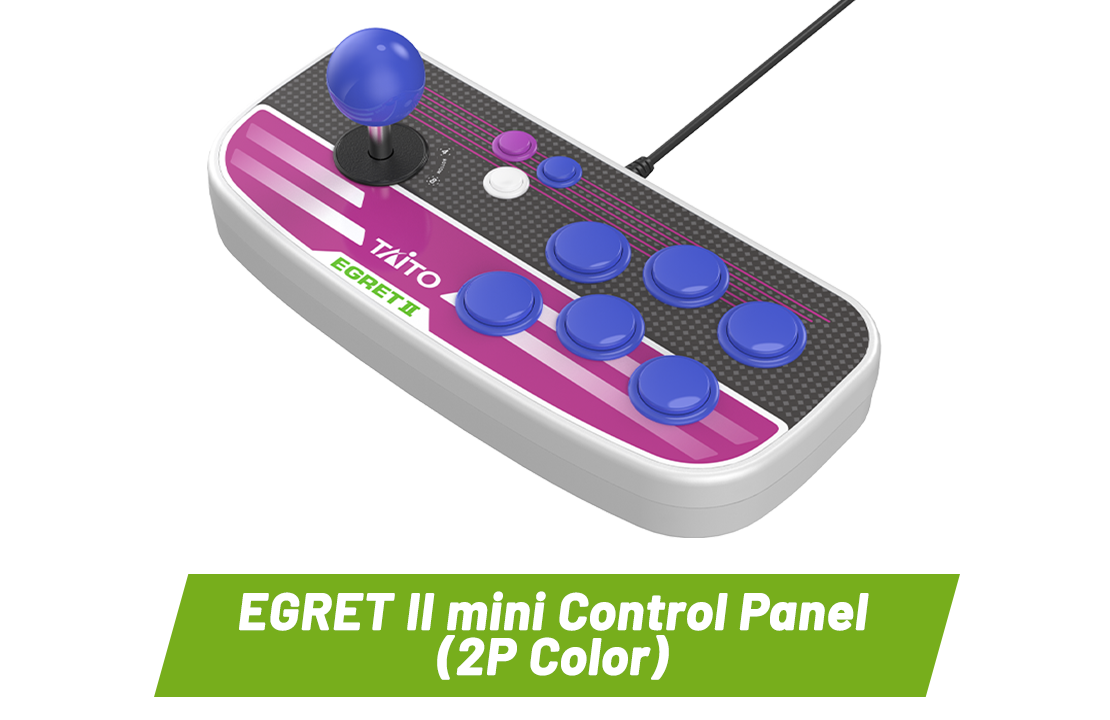 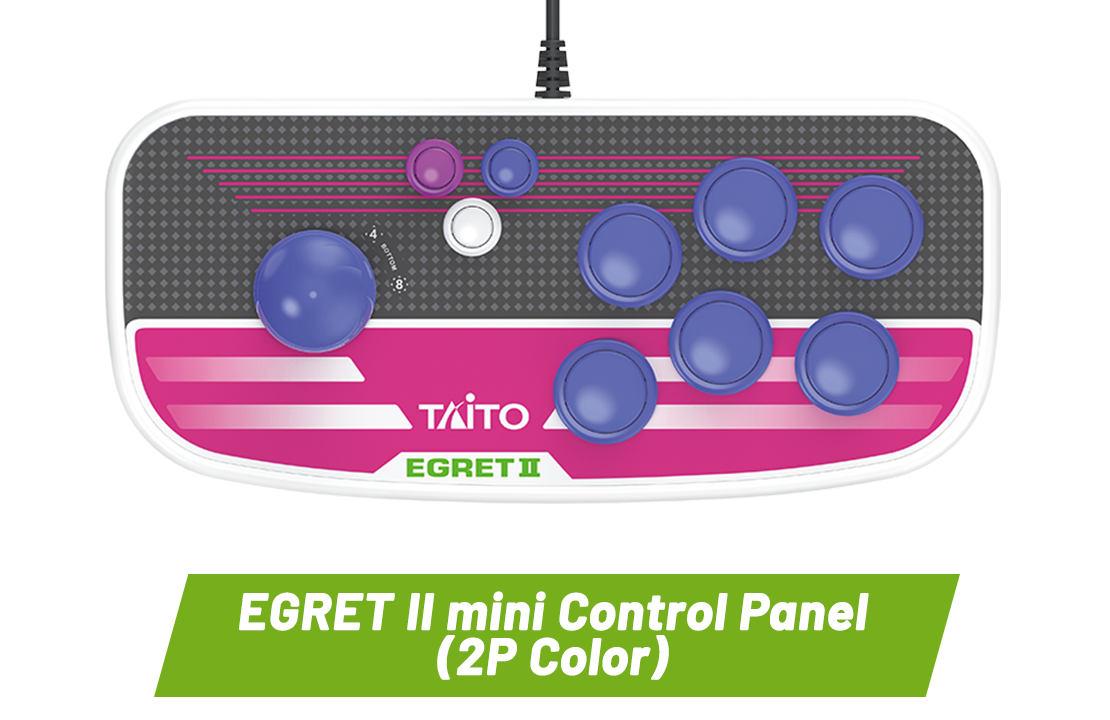 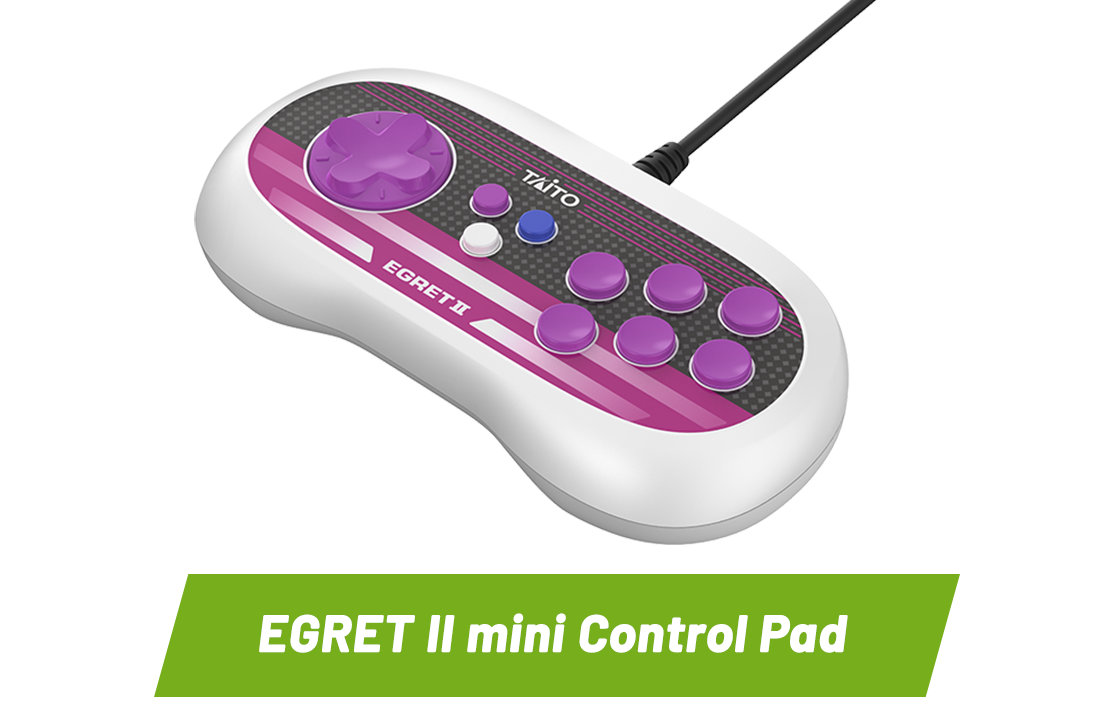 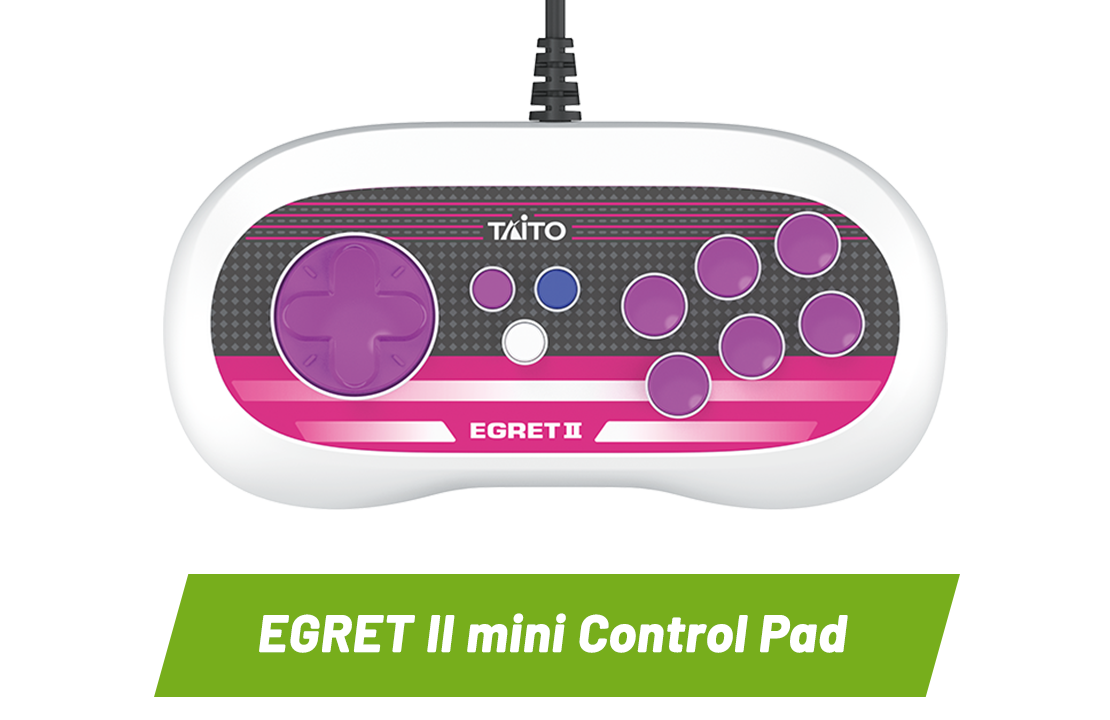