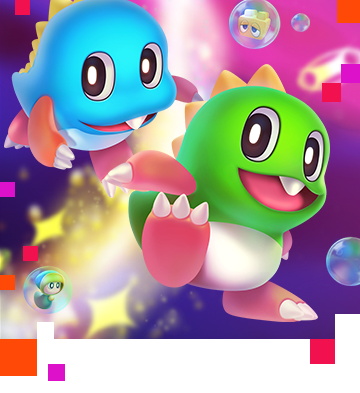 The Baron is Back!

TAITO together with ININ games, have exciting news for the PlayStation 4 and Nintendo Switch release of Bubble Bobble 4 Friends: The Baron is Back! later in the year. The game will be available digitally and in physical editions in America, Europe and Australia and New Zealand and comes with cool, new features and content.

Online Ranking Feature!
A newly included feature for Switch will be the much requested online ranking. This will allow players worldwide to compare their high scores and compete against each other, giving the game an additional boost on replayability and fun.

More Stages – more content!
Bubble Bobble 4 Friends received a lot of praise from the critics and fans, with many requesting more content. TAITO and ININ Games listened so The Baron is Back comes with 100 unique, new stages: twice as many stages as before!
The return of the fan-favourite villain, Baron von Blubba, brings additional thrills and makes the new stages quite challenging, given that he is invincible. The player has to dodge him while defeating the other enemies one by one to clear the stage.

Switch fans haven’t been forgotten and are in for a special treat. Nintendo Switch fans who purchased the current Bubble Bobble 4 Friends will be able to download the new content with all new stages and features for free.

Bubble Bobble 4 Friends is a single-screen platform action game released as a complete new addition to the legendary Bubble Bobble series, in which you control the bubble dragons Bub and Bob, clearing stages by blowing bubbles to trap enemies, then bursting them to defeat them. Players can acquire special skills by completing an area, and level them up by collecting letter bubbles that form the word “EXTEND”.  You can play together in multiplayer with up to four players. Also included is the original arcade version of Bubble Bobble.

Don’t forget to check out the website https://bubblebobble4friends.inin.games/ for more information about the game! 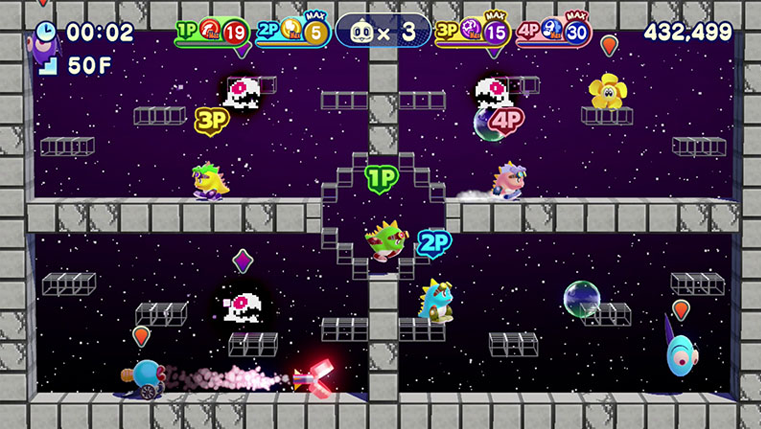