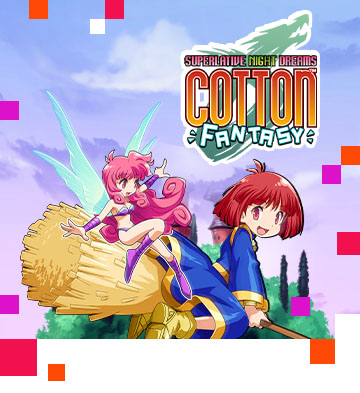 A brand-new Cotton adventure, 30 years after the original!

Cotton Fantasy (known as Cotton Rock ‘n’ Roll in Japan) is a brand-new entry in the Cotton series that sees Cotton and Silk embark on another adventure, this time in HD graphics and with modernised gameplay, but true to its roots! Coming to Nintendo Switch and PS4 this Spring!

Experience the most precise gameplay in the Cotton series, mixing up the iconic Cotton playstyle with a few new shoot ‘em up mechanics, 6 iconic playable characters and 16 colourful and varied stages to unlock, with vertical, horizontal and 3D movement. Each character has their own mechanics and attacks, creating a lot of variation and replayability on your hunt for the high score. Packaged with a light-hearted story full of charming, fun cutscenes, fully-voiced in Japanese, and an exhilarating soundtrack with iconic remastered tracks from the past, this is a great and accessible new shoot ’em up game for fans of the Cotton series and newcomers alike.

Accompany Cotton and Silk on a new adventure
Something sinister is in the making – the willows are vanishing from Fairyland and the Fairy Queen entrusts Silk with solving the case. Who could be behind this devious ploy? For a promised lifetime all-you-can-eat supply of tasty willows, the little witch Nata de Cotton is willing to help her old friend out and embark on another adventure together, to save the Fairyland. 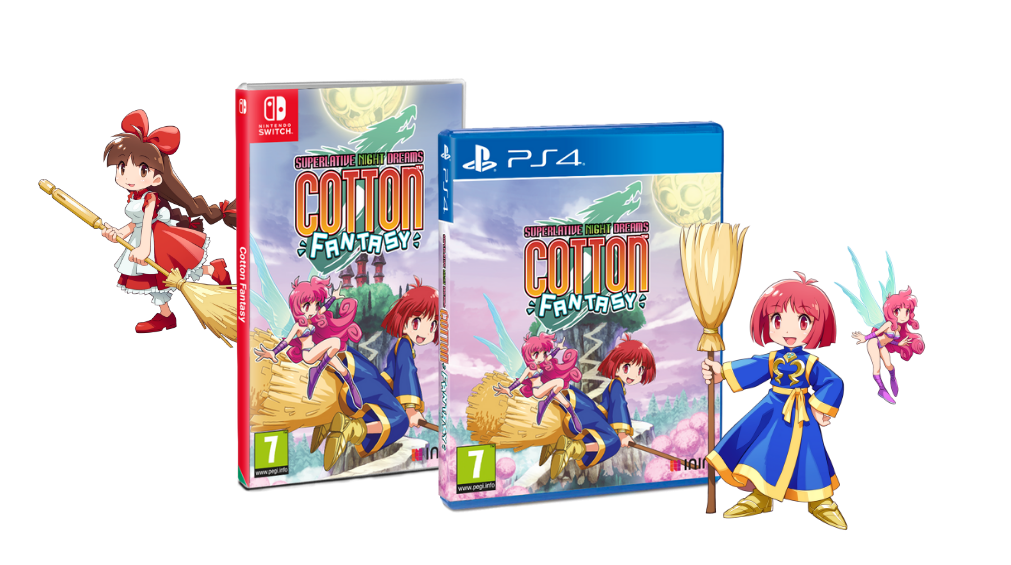 Features:
• Modern, HD graphics and new shoot ’em up game mechanics, including Psyvariar‘s “Buzz” system and Sanvien‘s “Time Attack” mechanic
• 6 iconic, playable characters to choose from, each with different mechanics and attacks, even including guests like Umihara Kawase and Luffee from Doki Doki Poyacchio
• Easily accessible Shoot ‘em up gameplay, perfect for newcomers, but with enough depth for veterans
• 16 colourful and varied scrolling stages to unlock, with vertical, horizontal, and 3D movement
• Light-hearted story with fun and charming cutscenes voiced entirely in Japanese (English, French, Italian, German, Spanish subtitles included)
• An exhilarating soundtrack featuring iconic remastered tracks from past games
• Unlockable content and different characters offer high replayability
• Aim for the high score in your nation and globally with the featured ranking boards

Reviews
“Few shmups offer so many ways to play, nor deliver such an enchanting world quite so alive with personality.”
Great 8/10 – NintendoLife

Interviews
For this new chapter of the series we arranged interviews with some exclusive insights straight from SUCCESS and Studio Saizensen. Click the links below to read the interviews!

The standard Limited Edition for Nintendo Switch or PS4 is already in stock and shipping right now!
It comes at the same price as the retail edition, but with alternative cover artwork and a colourful manual not included in the retail edition. 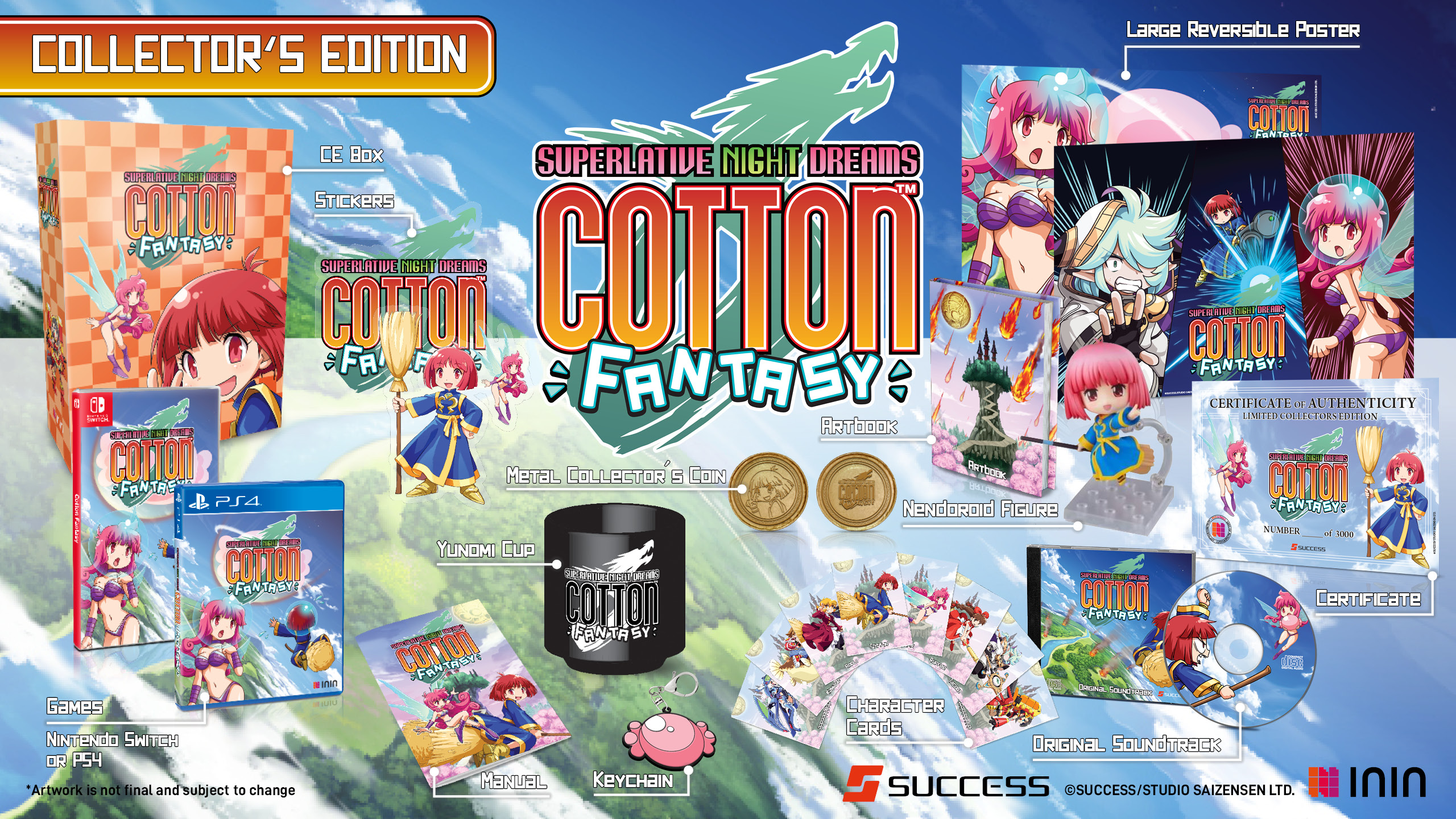 Only available in limited quantity! 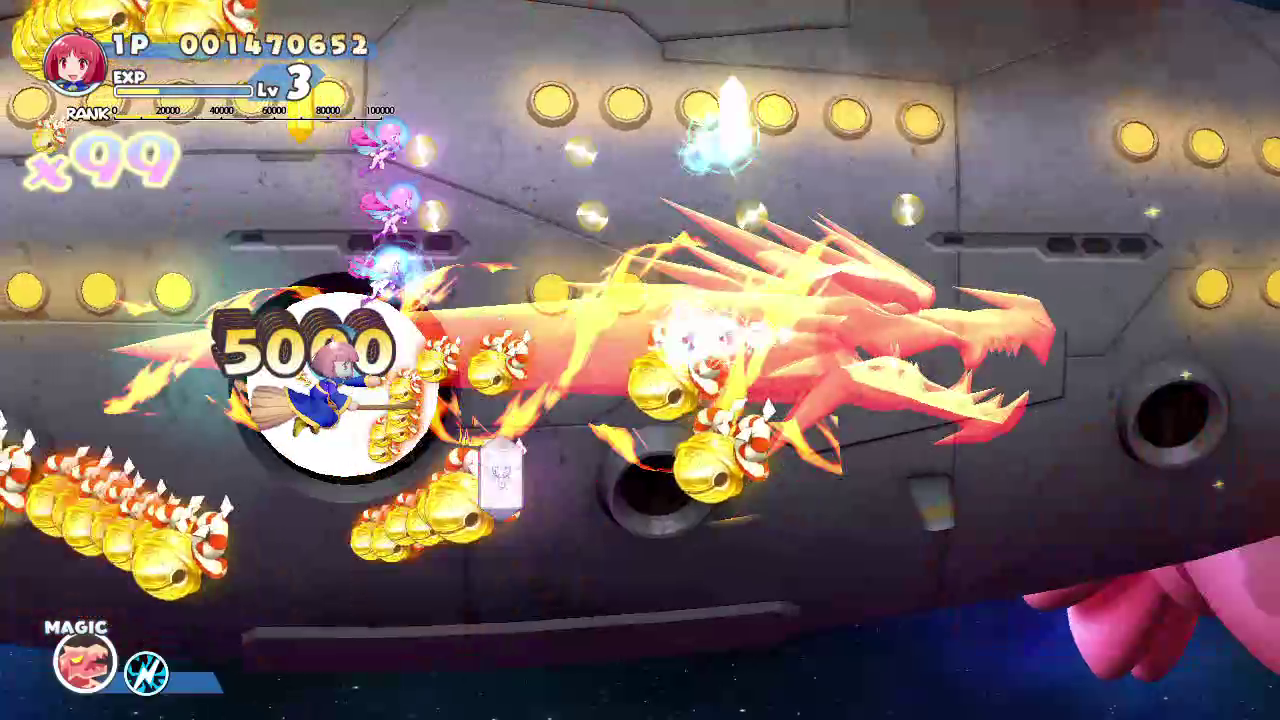 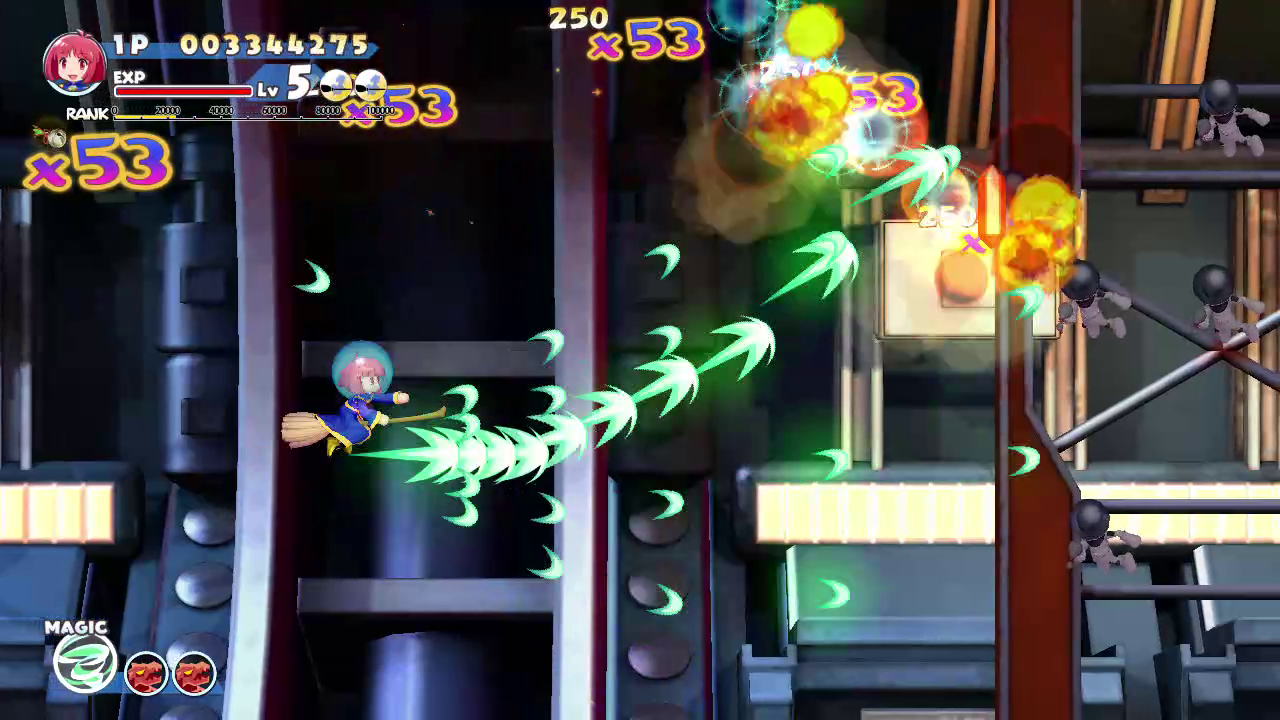 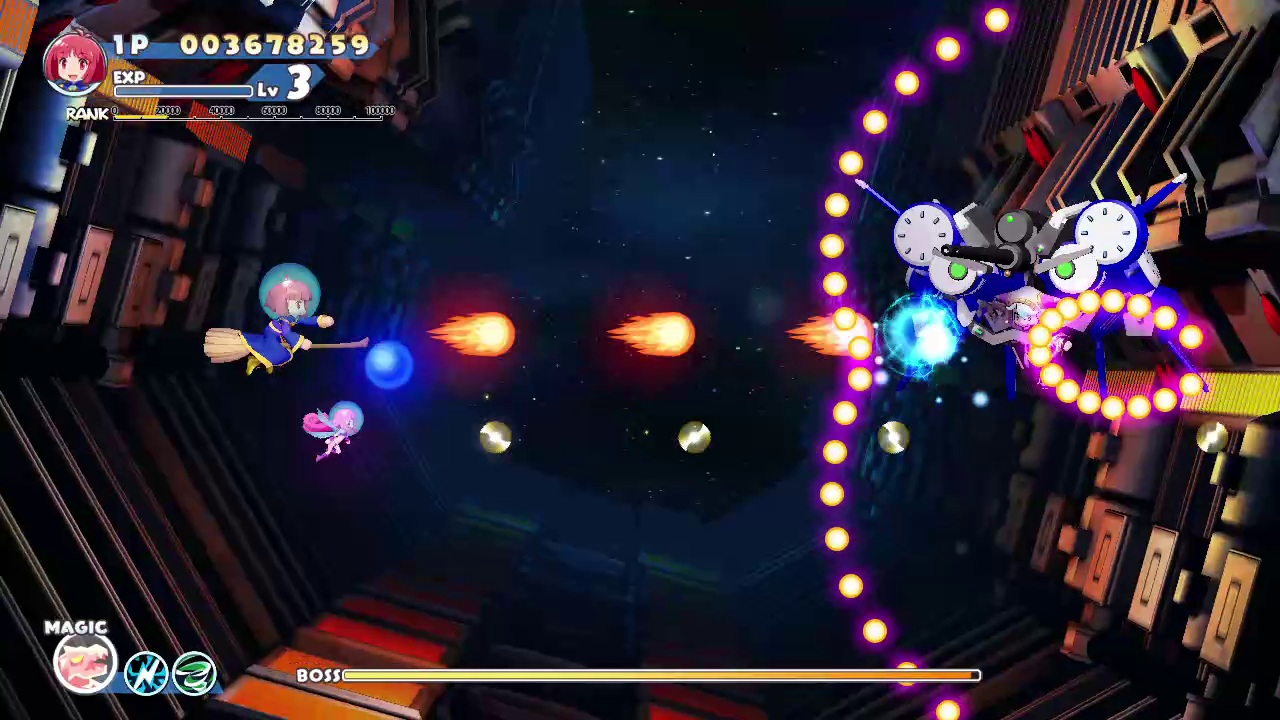 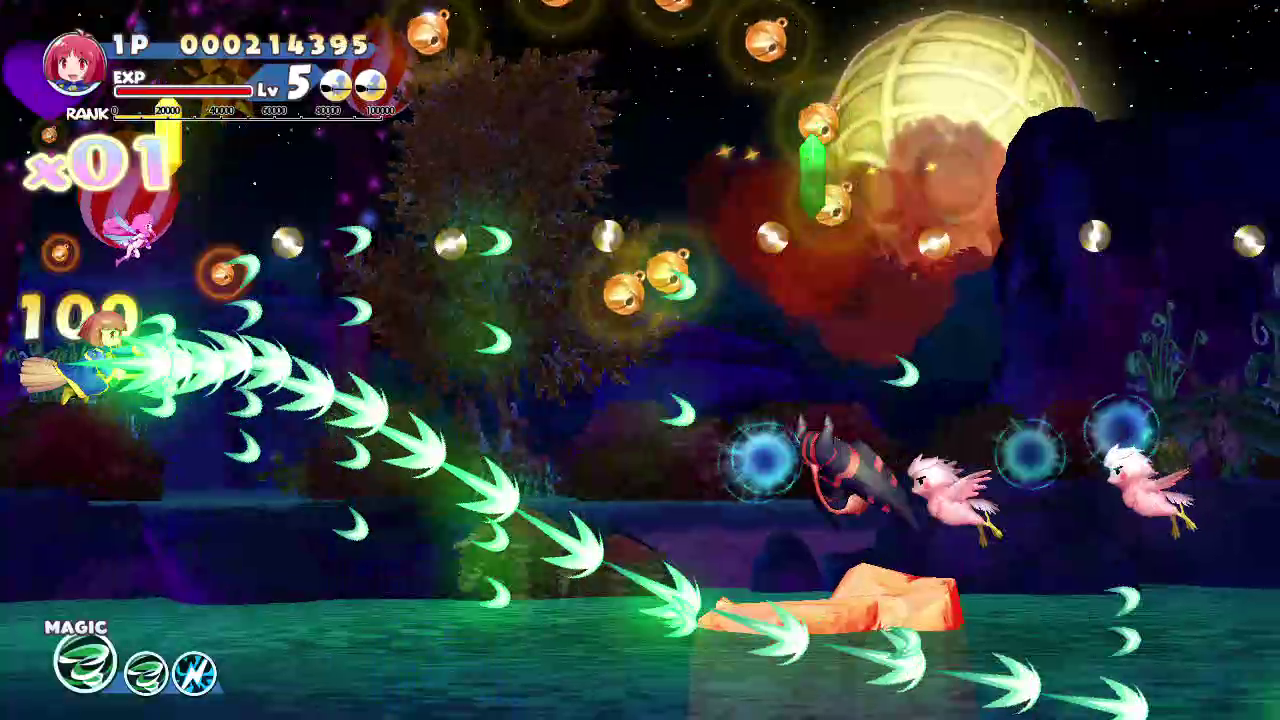 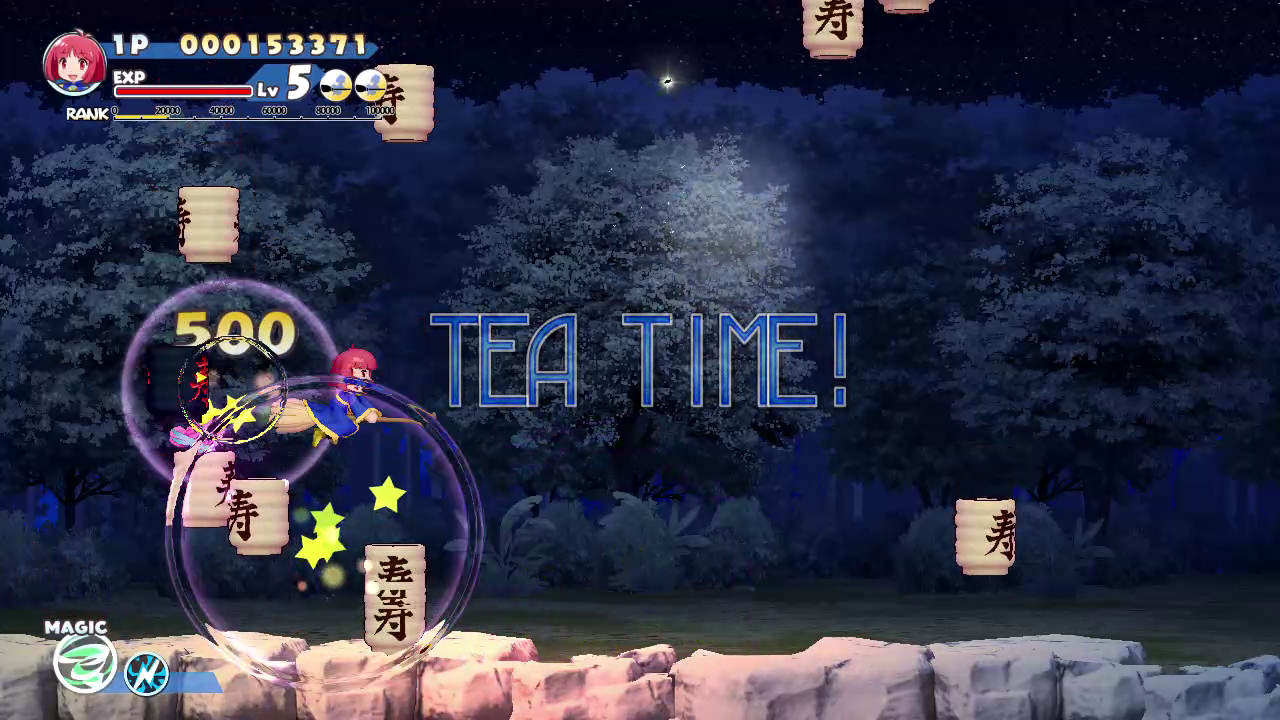 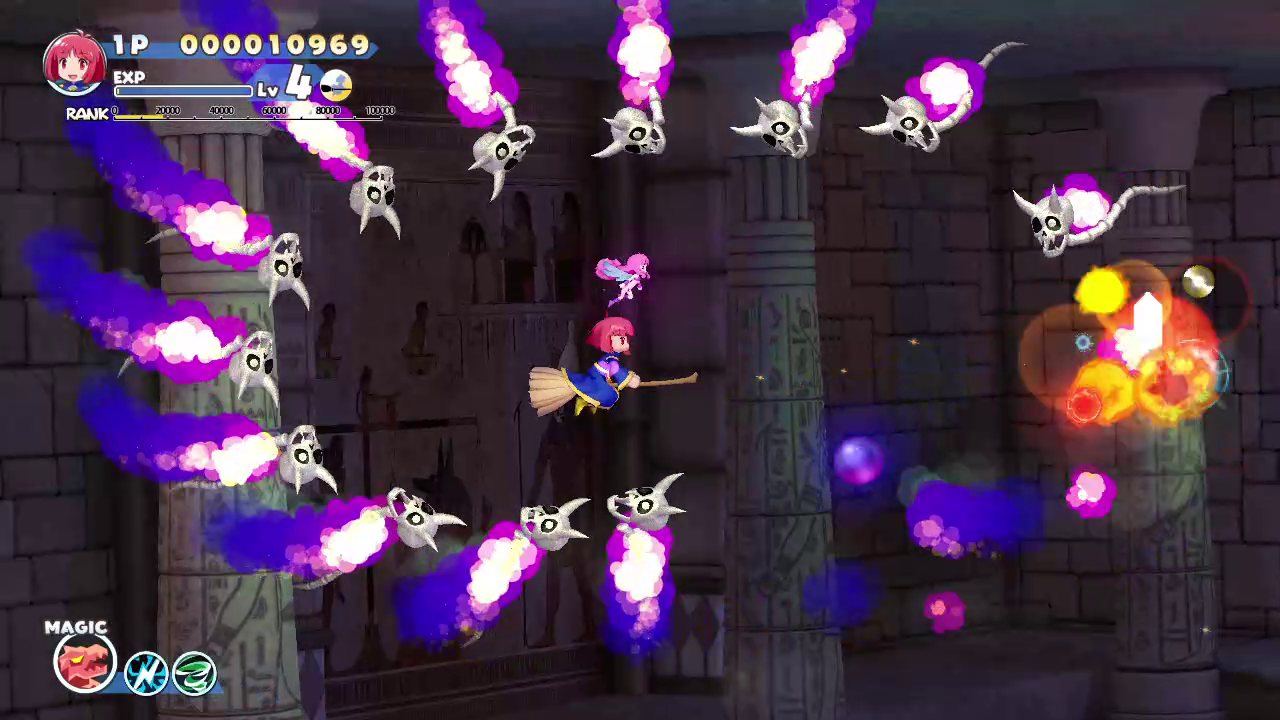 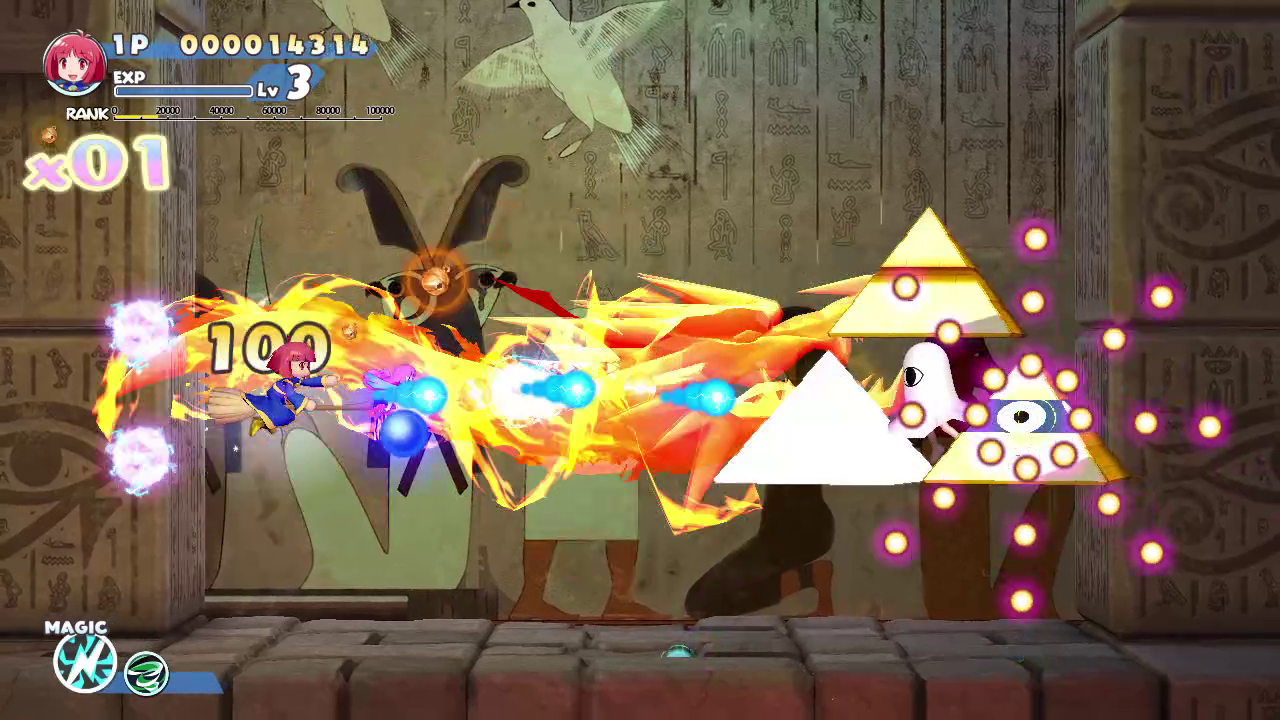 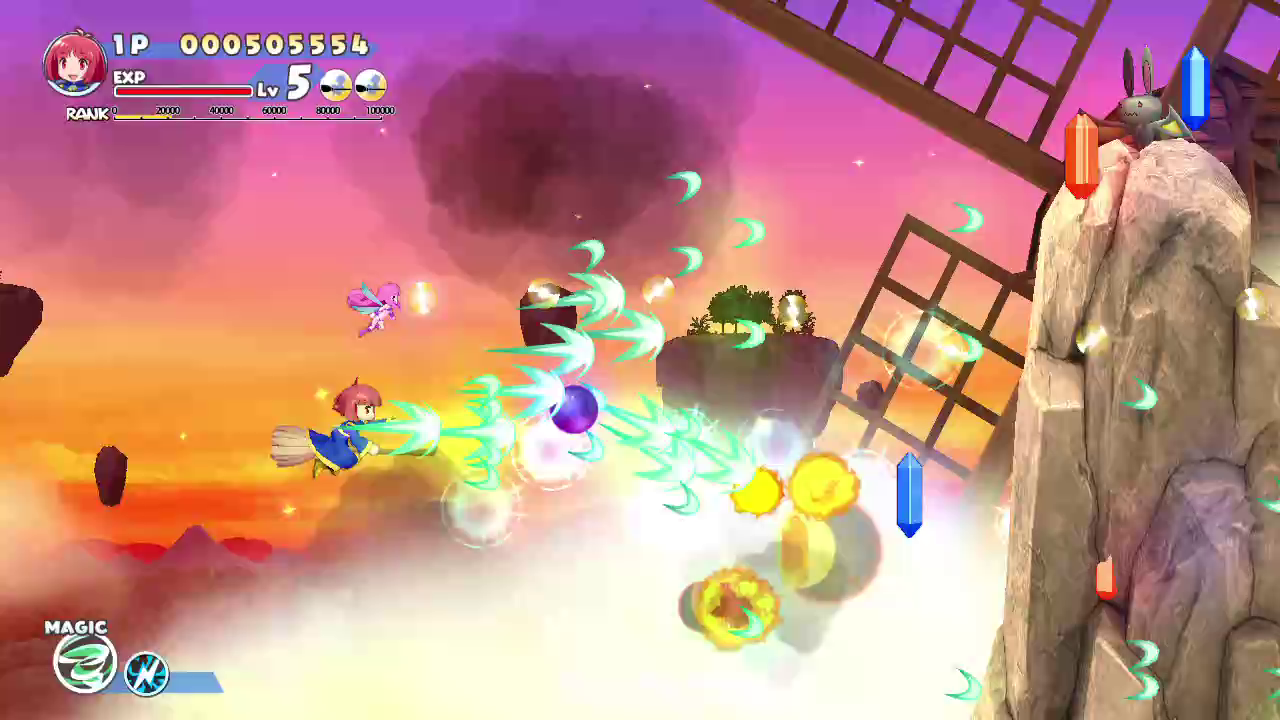 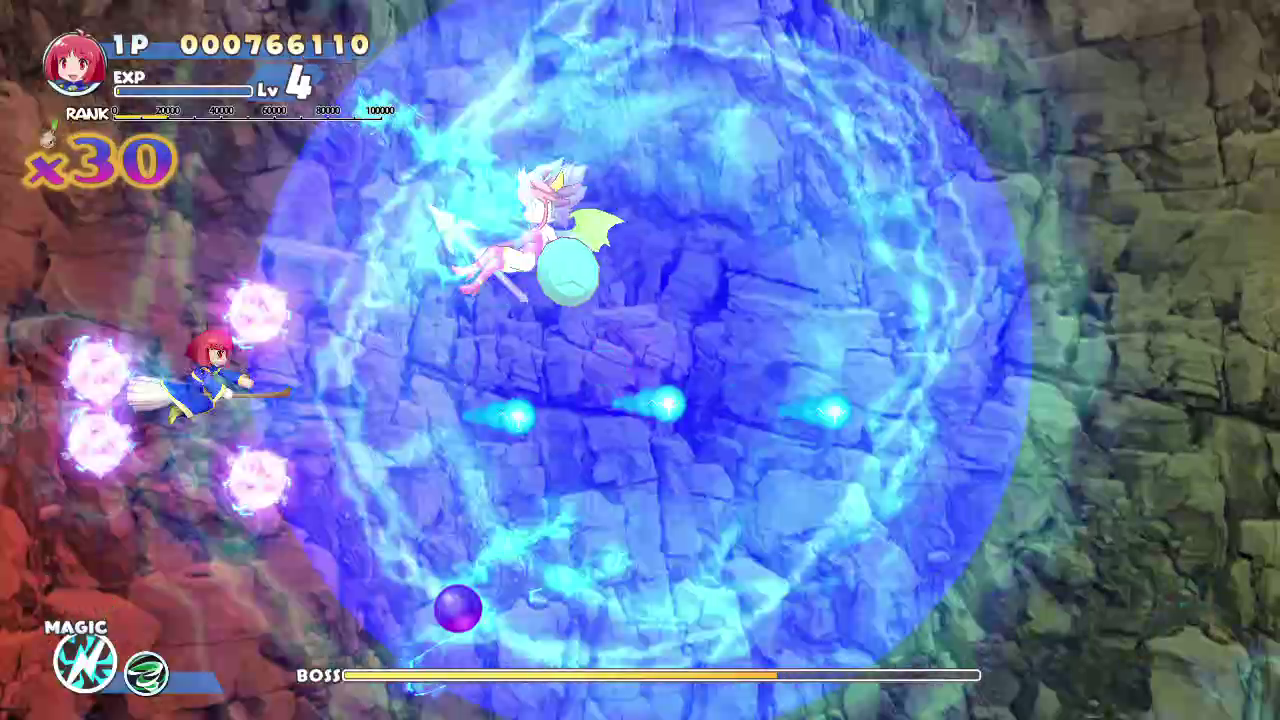 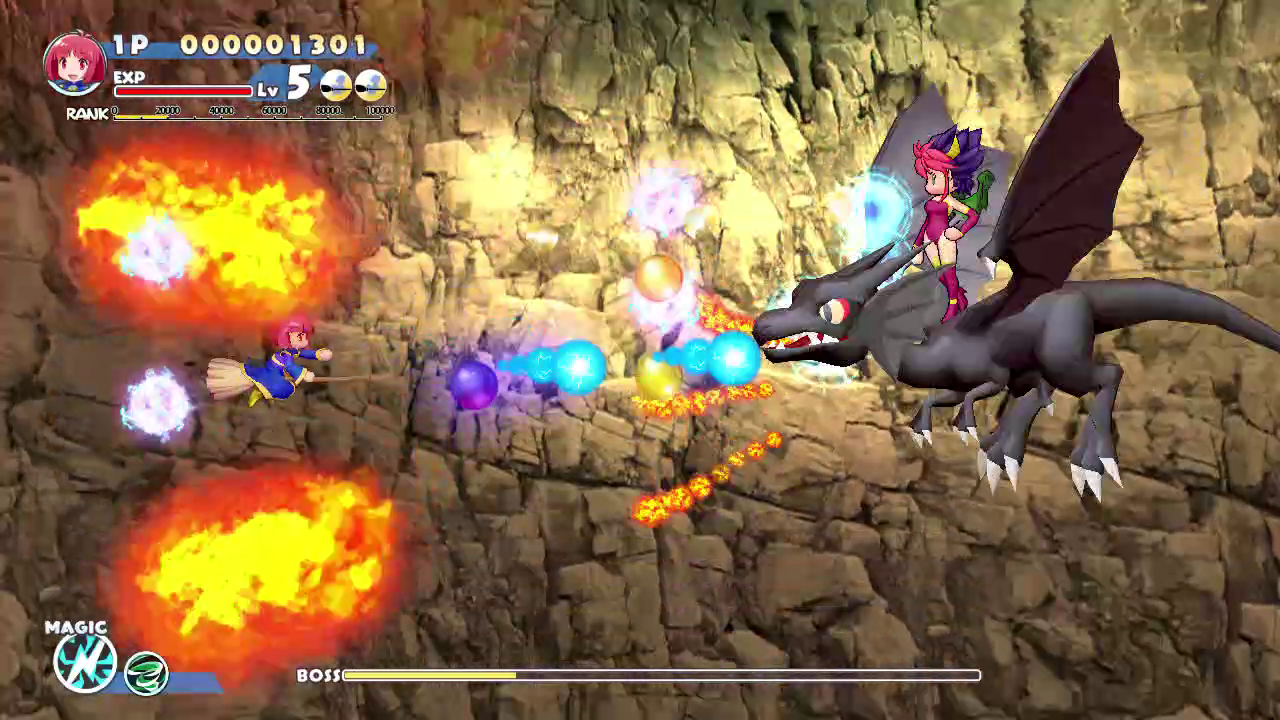 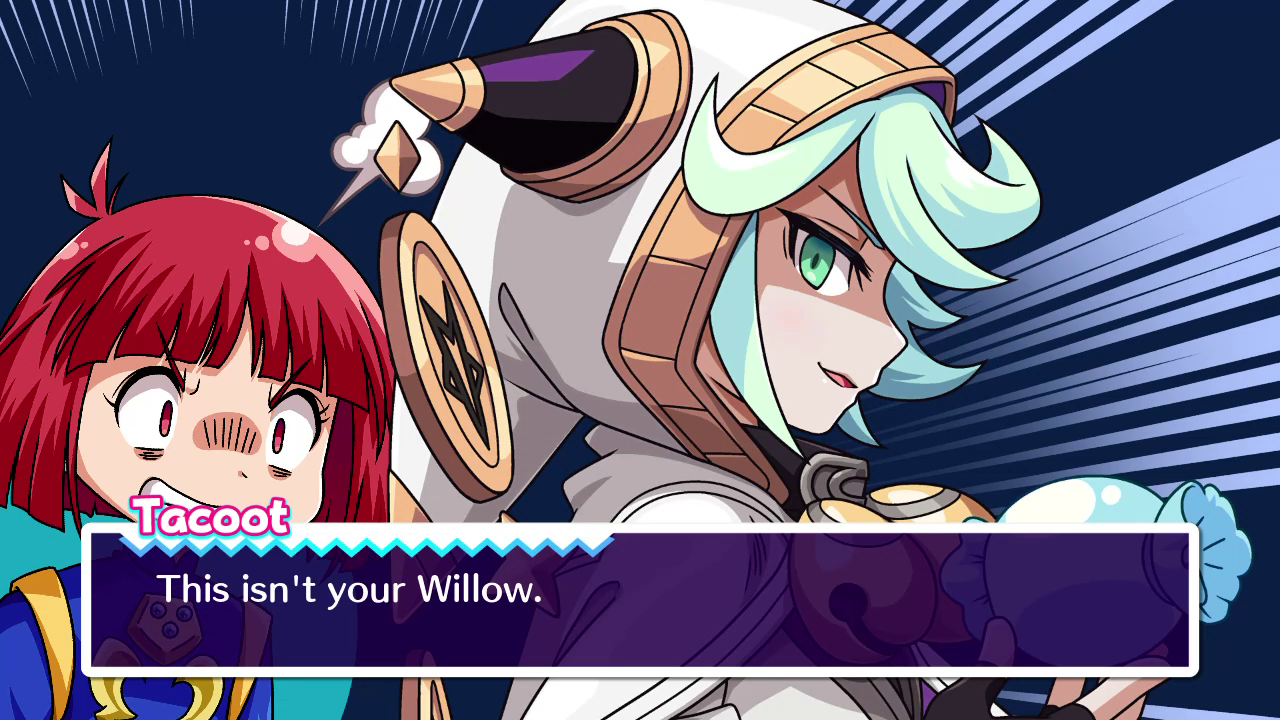