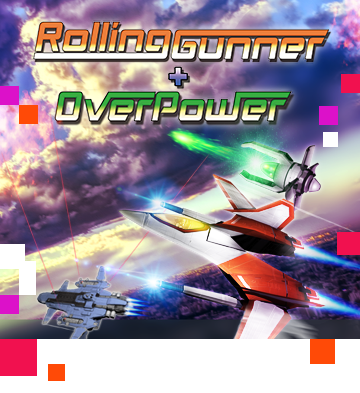 One Hell of a Shooter!

Directed by praised developer Daisuke Koizumi, who worked on Deathsmiles 2, Dondonpachi and more, the classic bullet hell Rolling Gunner comes to you bundled with its DLC Over Power. Rolling Gunner is a real danmaku (Bullet-Hell) 2D shooter, an adrenaline-tingling arcade-style scrolling blaster with weapons and bombs galore. This must-play title offers more content than most Shoot ‘Em Ups (Shmups) out there and is available right now via the PlayStation Store.

The year is 2061 and the now-sentient computer system called the BAC has turned technology against humanity and erased half the world’s population. Humanity’s fate now rests in the hands of a courageous RF-42R STORK spacecraft pilot armed with the Rolling Gun, a special weapon secretly built to combat the BAC. “Operation Downfall” begins: take flight and battle your way through masses of enemy ships while earning points and upgrading your equipment, to eventually face the out-of-control AI. Then, chase the high score and secure your place among the elite on the global online ranking boards that were finally added in this PS4 version.

The included Over Power DLC can best be described as a super expansion, turning the bullet-hell shooter into an even more frantic twin-stick shooter, with a new control scheme and even a new soundtrack, creating a completely different experience that can be selected from the main menu. The titular Rolling Gun can now be moved independently from the ship with the right stick to destroy enemies and projectiles with more precision and a buster beam gun and rechargeable plasma shield are added to the arsenal. These are much-needed upgrades to the STORK spacecraft as players will find themselves confronted with a ton of additional enemies and projectiles in Over Power.

Features of your campaign:

• Pick one of three STORK spaceships, each with unique attributes and firing patterns
• Navigate across six stages blanketed in a hail of bullets from an unceasing onslaught of enemies and screen-filling bosses
• Varied difficulty modes offer the best experience for every skill level
• Climb the global online leaderboards and keep the challenge going, even after beating the highest difficulty
• The Replay feature lets you analyze your last attempts and Training Mode helps you master the Rolling Gun and the different stages
• Beautifully animated cutscenes and a superior, energetic soundtrack by COSIO marry the gameplay and story perfectly 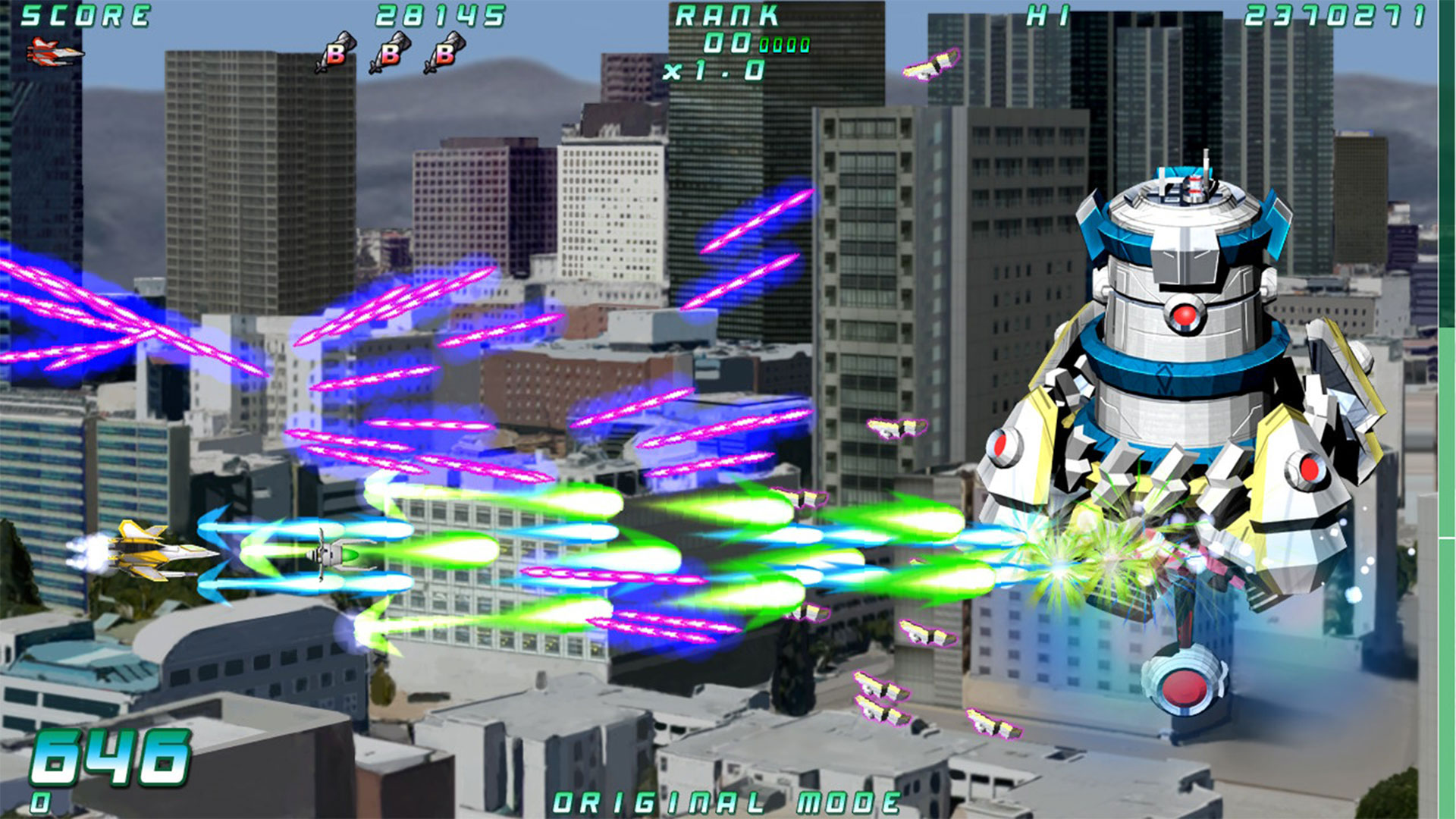 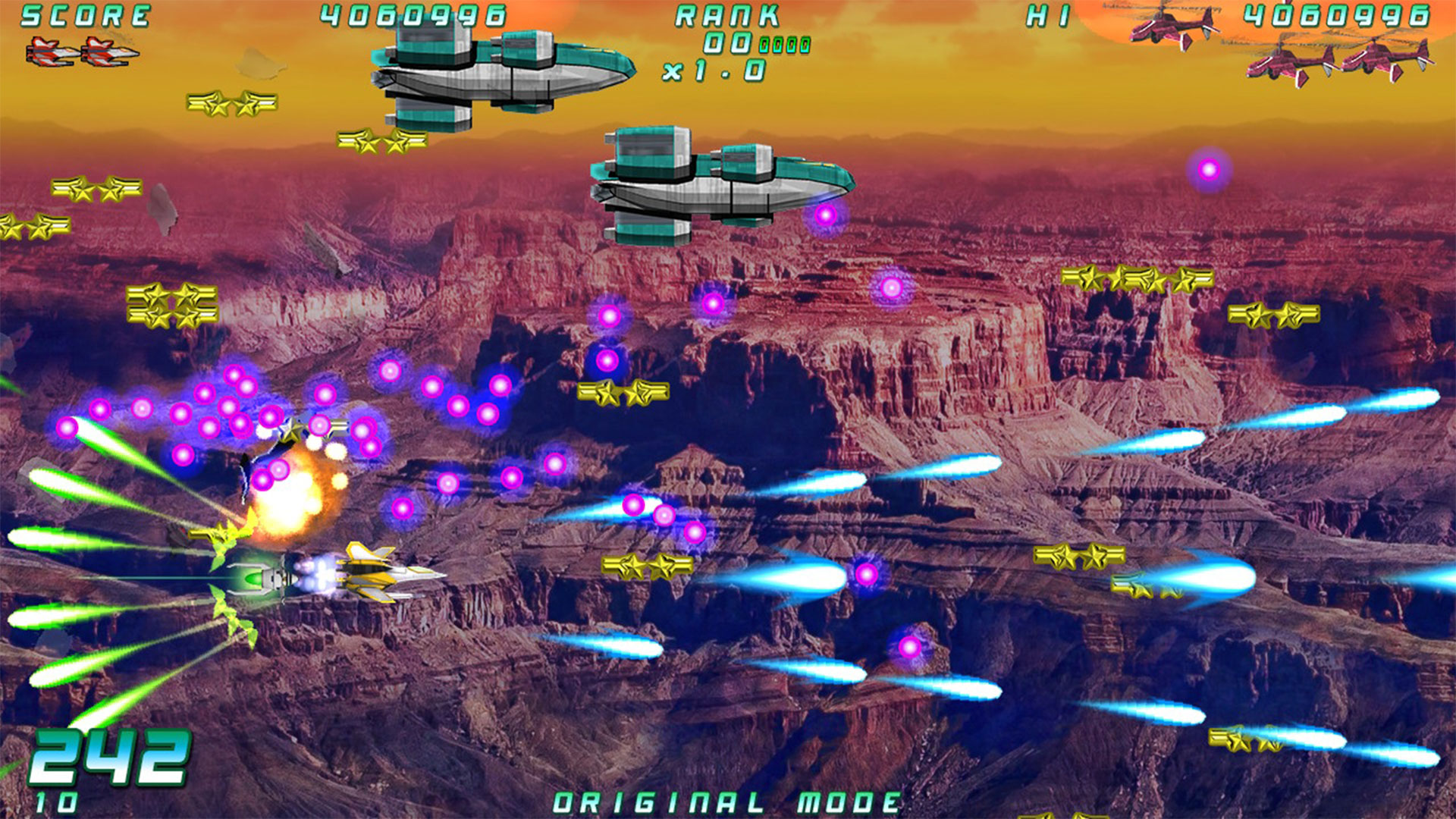 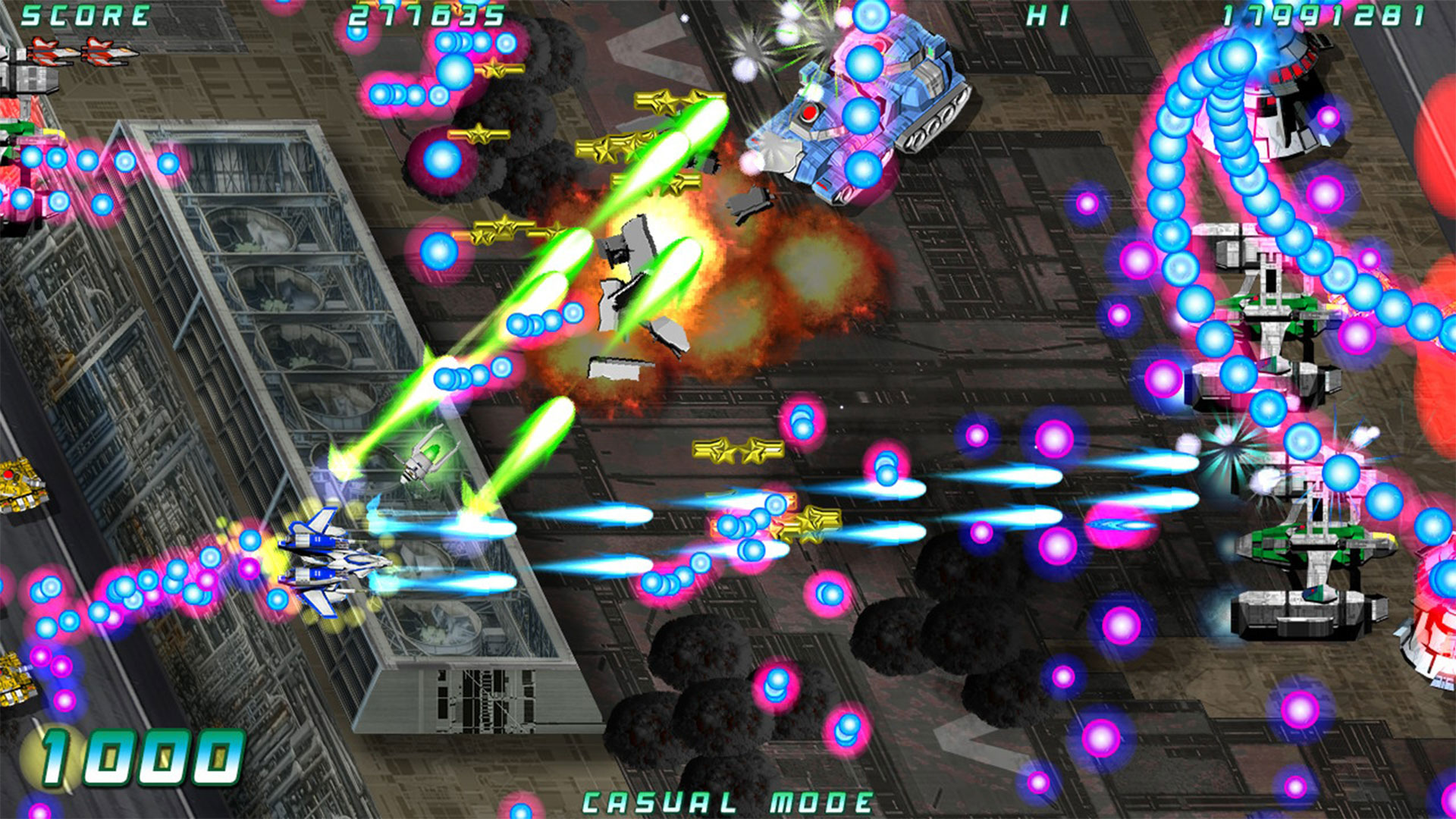 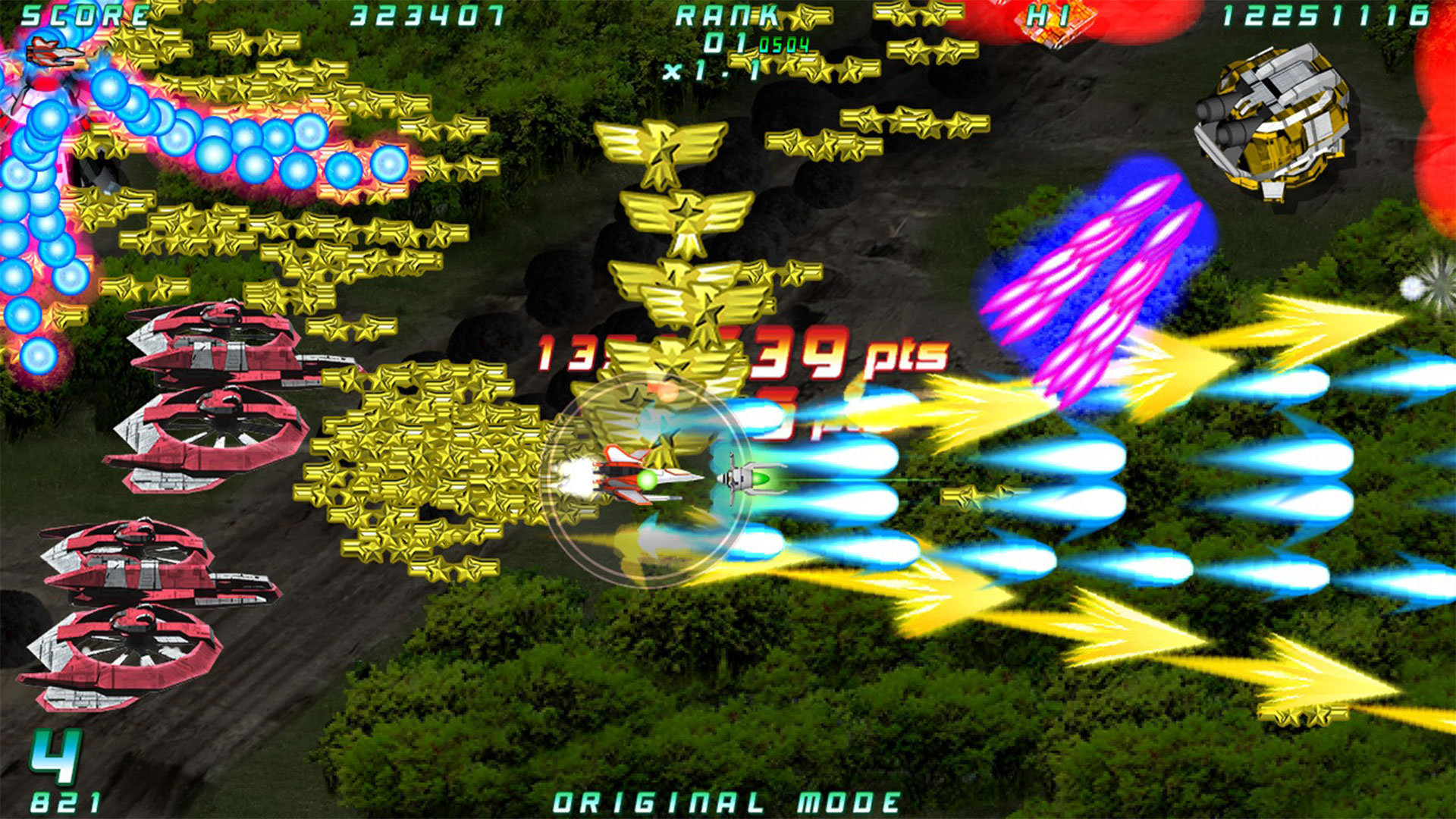 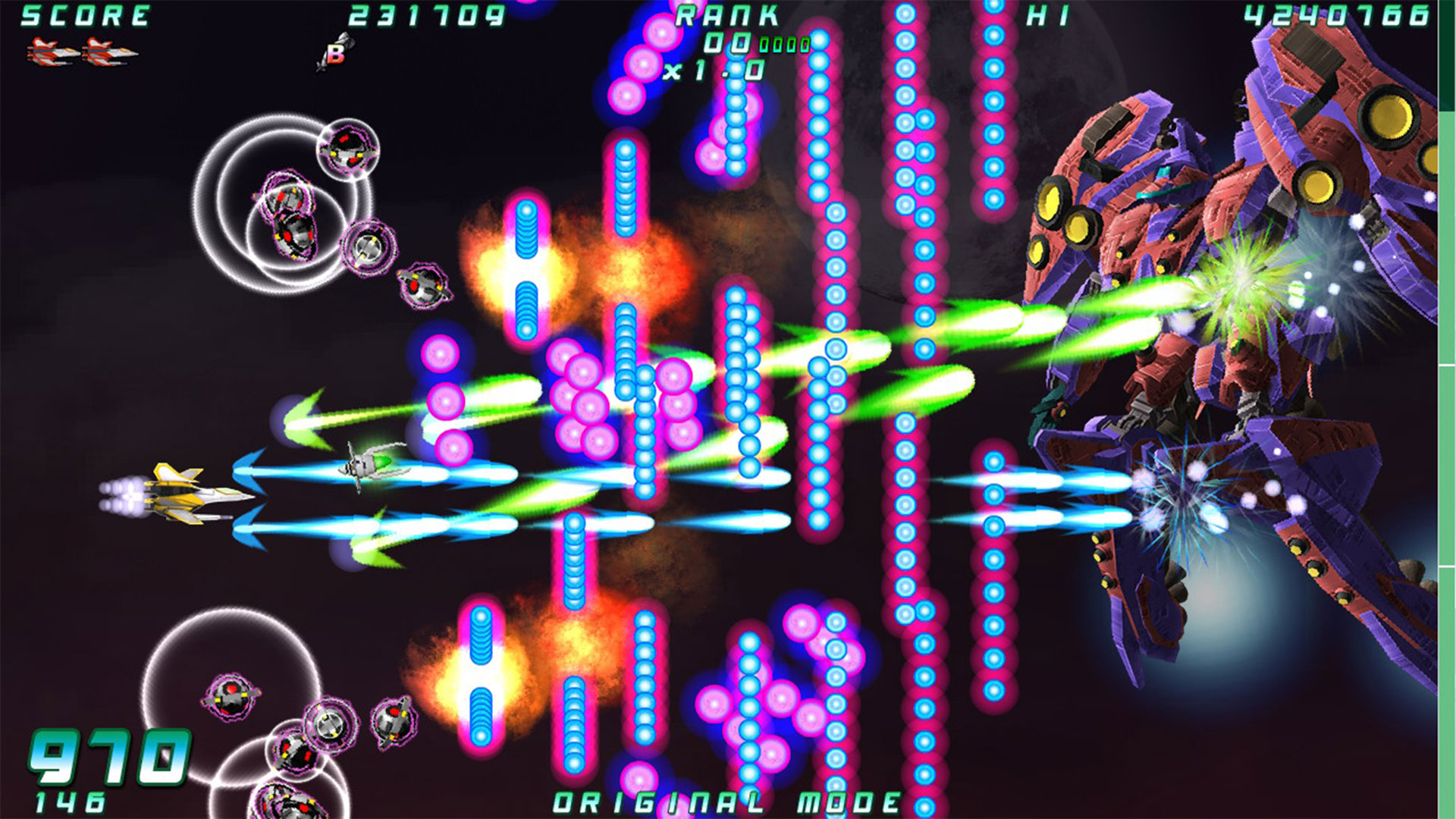 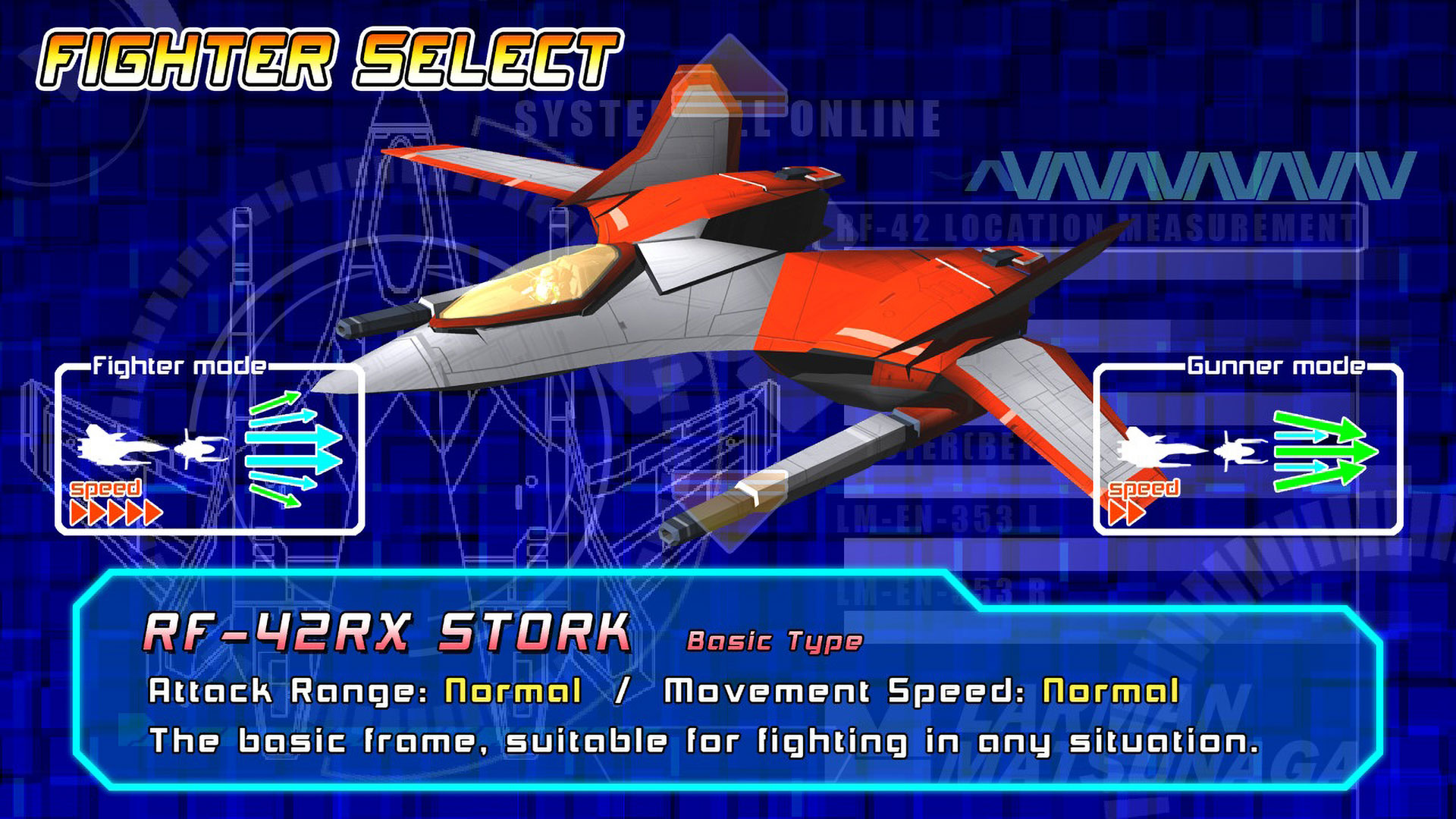 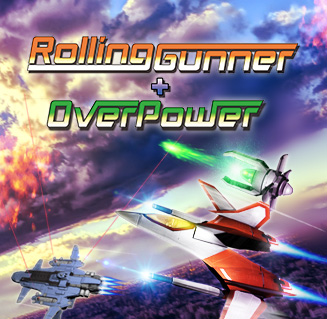 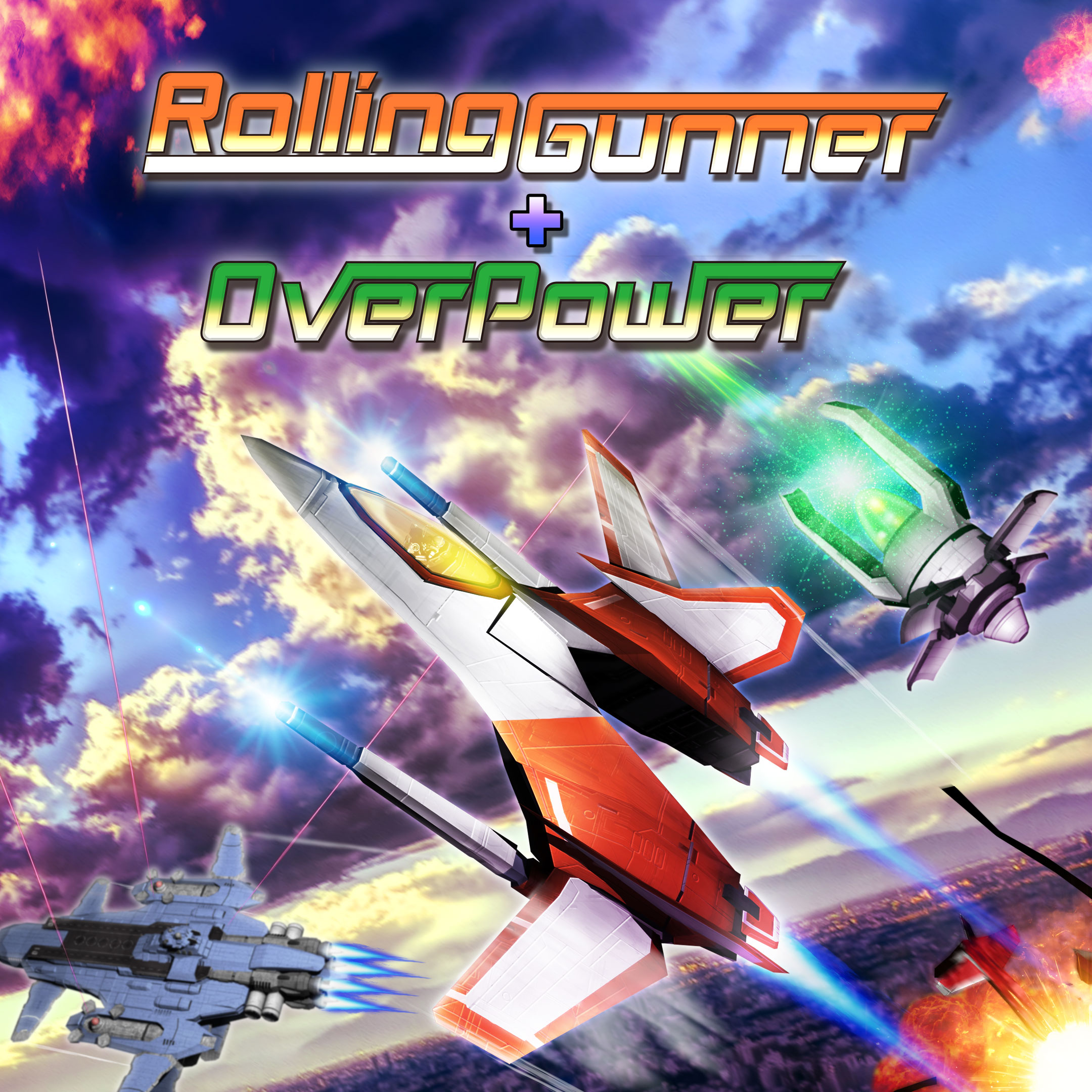